STATEMENT: I have no issues with Daily Graphic- Asamoah Gyan 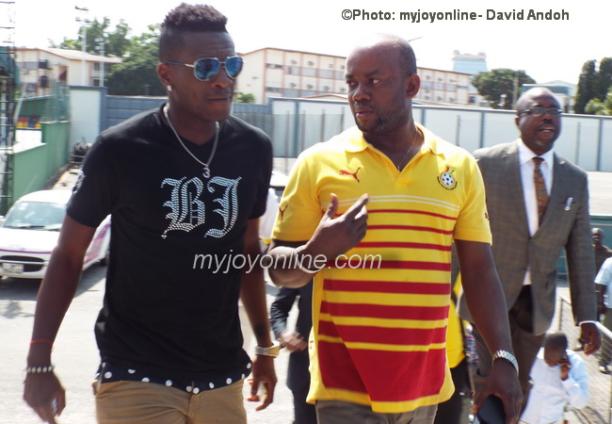 However, we totally denounce the clear attempt by the newspaper to blot references to him and his image in respect of reportage of games involving the national football team, the Black Stars.

We have followed objectively and with a keen eye, and come to an unhappy conclusion that there is a clear vendetta being waged by Ken Ashigbey, the Chief Executive Officer of Graphic Communications against Asamoah Gyan, following the Daniel Kenu/Baffour Gyan/Sammy Anim-Addo episode.

One would have hoped that Ken Ashigbey would rise above his personal disappointment over the withdrawal by Daniel Kenu of the assault charges leveled against Baffour Gyan and Sammy Anim Addo. The public utterances of Ken Ashigbey against Asamoah Gyan and his calling for a media blackout and boycott of issues relating to Asamoah Gyan have found their way into a clear policy position by the Daily Graphic to blot out Asamoah Gyan’s name and image.

We will state a few examples to illustrate our point. During the recent AFCON 2015 qualifiers, Asamoah Gyan scored in Togo against the Hawks, again he scored against Guinea in Tamale. Thereafter, he made an appearance before the presidential commission of enquiry looking into matters arising from Ghana’s participation in the 2014 FIFA World Cup on behalf of himself and the other players of the Black Stars. In all these instances, the national newspaper carefully omitted his name and image from its coverage.

Ordinarily, we would not have responded to this perplexing policy instituted by Ken Ashigbey at the Daily Graphic. This response has been necessitated by publications that Asamoah Gyan is at loggerheads with the Daily Graphic after the Herald newspaper published its similar observations about the stance of the Daily Graphic.

It is our fervent hope that the national daily would not be used to fan personal grudges and ill will.