Sterling-Gomez row should have been handled internally – Ferdinand 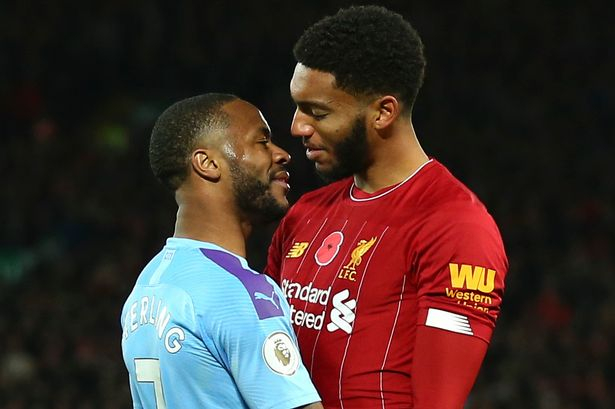 England boss Gareth Southgate’s decision to drop Raheem Sterling for a clash with teammate Joe Gomez will only heap the pressure on the winger and the issue could have been dealt with better, former defender Rio Ferdinand said on Tuesday.

Sterling was dropped from the squad to take on Montenegro in Thursday’s Euro 2020 qualifier at Wembley after a “disturbance” at the national team’s training camp on Monday, the Football Association said.

The Daily Mail said that Manchester City’s Sterling had clashed with Liverpool’s Gomez at the England team’s Burton on Trent training centre — less than 24 hours after City were beaten 3-1 at Anfield in the Premier League.

“Now Raheem is left to defend himself from all of the haters that had their keyboards turned off due to him becoming a very worthy ambassador for the English game,” Ferdinand wrote in a Facebook post.

“If this was a terrible incident then I would be all for public shaming and discipline. But for this ‘throat grab’ that we are TOLD it’s for, I can’t understand it.

“Gareth would no doubt had seen worse many times during his time as a player and manager. I just feel this could and should have been handled better to support the player and not hang him out to dry.”

The newspaper said that “Sterling attempted to grab Gomez by the neck following his arrival in the players’ canteen”. The duo had earlier squared up during Sunday’s Premier League clash.

“As a manager, I’m sure having a harmonious squad is the best scenario — handshakes and hugs on sight not confrontations. But let’s be honest now this kind of stuff isn’t uncommon in squads full of testosterone,” added Ferdinand, who made 81 appearances for England in his career.

“In the various squads I’ve been a part of I’ve seen players get punched in the face, ribs broken, nose busted, head kicked like a football… a throat grab was the equivalent of the intricate handshake embraces that are all too familiar today.

“The main question is: Why this couldn’t be handled internally?”

Sterling issued a statement after being dropped saying emotions got the better of him and he was ready to move on.

“It seems to me, Raheem felt embarrassed by all that went on… a sign of winning mentality… however channelled wrongly. Help educate him,” former Manchester United defender Ferdinand said.

“One of our world-class players who has conducted himself wonderfully through racism and unwarranted criticism… will now come under more scrutiny and be vilified in the media.”

DISCLAIMER: The Views, Comments, Opinions, Contributions and Statements made by Readers and Contributors on this platform do not necessarily represent the views or policy of Multimedia Group Limited.
Tags:
Gareth Southgate
Raheem Sterling
Sterling-Gomez