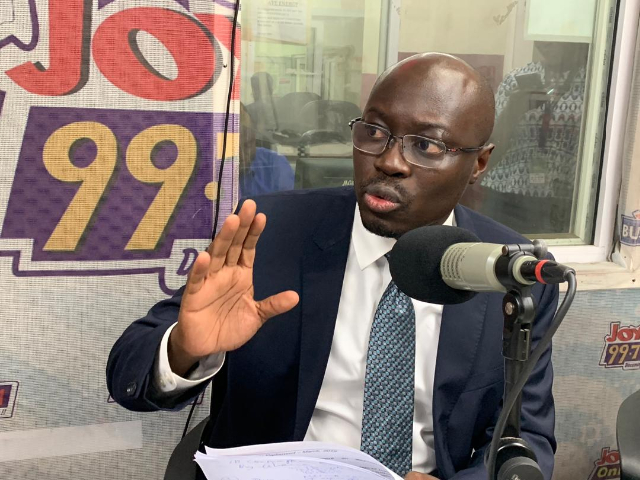 The Minority has criticized the government for causing challenges in the energy sector, blaming it for introducing subsidies that have piled up huge debts.

The Finance Minister told Parliament during the presentation of the Mid-year Budget Review that at the heart of the challenges in the energy sector are the “obnoxious take-or-pay contracts signed by the NDC, which obligate us to pay for capacity we do not need.”

According to the Finance Minister, the current government has, therefore, turned to the Energy Sector Levies (ESLA) to raise more funds to settle the legacy debts it inherited.

According to him, it was not enough for the Minister to make a blanket statement about the take-or-pay contracts without specifying which ones were piling up debts.

“The Minister should have given us some breakdown. In fact, a disaggregated version of what he is talking about,” he said on PM Express, a current affairs programme on MultiTV.

“Do you know why there is a stage of emergency? Government recently introduced a subsidy in the sector. That subsidy has incurred a lot of debt. The same government that introduced a subsidy failed to make available revenue to pay for that subsidy. That is accumulating. It is accumulating to the extent that today, each megawatt power that you consume government of Ghana is subsidising it,” the Minority Spokesperson defended the erstwhile NDC administration.

According to the government, this year alone, it will pay $1 billion subsidising the energy sector just to keep the lights on. Half of this will be for power that is not used but contracted.

According to the governemnt, the Petroleum Power Agreements (PPAs) signed by the John Mahama government were far in excess of the recommended 20% reserve margin.

The Akufo-Addo government said the 30 PPAs it inherited would have given Ghana 10,000MW capacity over the next 13 years against the 2017 peak demand of 2, 400MW.

But in defence of the John Mahama government that he served as a Deputy Minister of Finance, Mr Ato Forson said, if the NPP government was subsidising power, the inevitable will be piled up debts.

“It is self-inflicted,” the Minority Spokesperson stressed.

Economics Professor, Godfred Bokpin, who was also on the show described the energy sector debts are the “single, biggest black hole in Ghana’s economy.”

“I remember the former President [John Mahama] telling us that Ghana was now in the position to export power to neighbouring countries because our installed capacity had increased. I am wondering if [any company] would bring equipment into this country which would be factored into our installed capacity and say [to Ghana government] that don’t pay anything until you start using it,” he said.

He urged the Minority to admit that the former NDC administration signed some contracts that have contributed to the energy sector challenges.

Watch the full discussion on PM Express in the video link below.

DISCLAIMER: The Views, Comments, Opinions, Contributions and Statements made by Readers and Contributors on this platform do not necessarily represent the views or policy of Multimedia Group Limited.
Tags:
Cassiel Ato Forson
Ken Ofori Atta