Sue your local assembly if it fails to deliver essential services 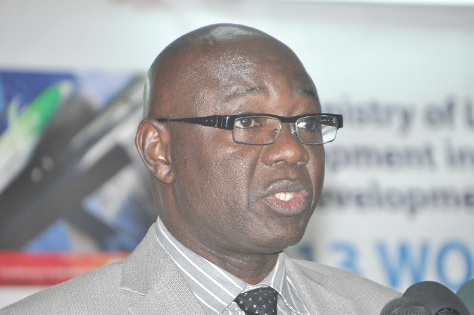 A Local Governance expert, George Kyei Baffour, has advised Ghanaians to sue their local assemblies if they fail to initiate and implement development projects in their communities.

His advice comes after a resident of the Ledzokuku-Krowor Municipal Assembly sued the Assembly for failing to fix the bad roads in the community.

Margaret Acheampong says although she has honoured her tax obligations, the roads to her home have developed many potholes making driving very stressful.

Speaking to Joy News, she said she can no longer tolerate government officials' failure to deliver on their mandate.

“The normal behaviour of our leaders these days is for them to only make themselves comfortable at our expense because if I pay money to you, I expect that you should also render service to me yet that service is not coming.”

Citing the constant increases in Property rates in the country – which comes without notice and yet she is compelled to pay – Margaret Acheampong said she expects that as she abides by the law and pays the new rates, the authorities will also fulfil their part of the bargain.

“In fact we have no way of knowing when it will be increased but they keep increasing it every year…they just increase and tell us to pay and as a law abiding person I pay it.

“Now when I pay, I expect you to in turn render services to me yet we are not getting that”, she added.

She’s also seeking damages of 50,000 Ghana cedis for the emotional stress she has suffered as a result of the bad roads.

George Kyei Baffour believes the assemblies will be forced to discharge their duties after collecting taxes from residents if they are held accountable.

He indicated that the essence of the creation of the assemblies was to respond to the immediate needs of the people “so if the essence is not bearing fruit and the citizenry are awake to their responsibilities, they should pursue these matters all over.

“The assemblies have to be responsible to the people”, he added.

He, however, blamed the failure of the assemblies to perform their duties on the “central government’s interference with the scanty resources”.