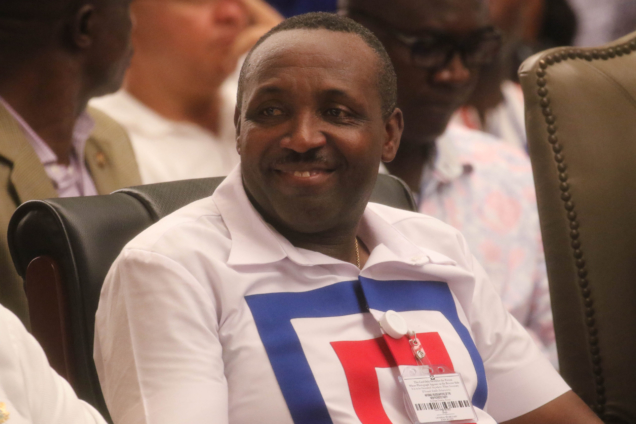 General Secretary of the New Patriotic Party (NPP), John Boadu, has called on all political parties to support the Electoral Commission (EC) in its bid to compile a new voters’ register for the upcoming general elections.

This follows assertions by the opposition National Democratic Congress to a decision by the election management body, to resume its process to compile a new roll if health experts deem fit.

The Commission has, for the past few months drummed home the need for a new roll describing it as critical, its use for a transparent process.

The EC insists the current register is bloated and not fit for purpose.

Despite pressure for some political parties including the Coalition of Resistance Against New Voters’ Register to call off the plan, the EC scheduled April 18 as the date to go ahead with the exercise before the December general elections.

The EC on Wednesday said the compilation of a new electoral roll will happen if the health experts give the green light to do so, as it was only halted over the spread of Covid-19.

The NDC will have none of that.

On the contrary, General Secretary of the NPP John Boadu has encouraged the other political parties to give the election management body the needed assistance to conduct free and fair elections in December.

“I think that we all need to put our efforts together to help the Electoral Commission to think and come out with some measures that will protect our people and will also allow them [EC] to meet their constitutional obligation,” he said on Joy FM’s Top Story on April 16, 2020.

In his view, Mr Boadu believes there are a number of measures to be adopted if the EC is to conduct the registration exercise.

He explained that the NPP is poised for an election and “will not accept any situation that we’ll say that because we didn’t have a new register we couldn’t organise the election on December 7.”

John Boadu’s belief is grounded in his conviction that “the party [NPP] has done so well, our presidential candidate and our government had done so well and we don’t want any constitutional crisis.”

Member of the Functional Executive Committee of the National Democratic Congress (NDC), Alex Segbefia expressed disappointment at the EC’s stance insisting that any plan to compile a new register during the Covid-19 outbreak, will put the citizenry at risk.

He believes, that stance of the Commission is unfortunate.

“You’re [EC] being asked to consider issues. The best is to say you are looking at all options. So don’t say categorically that this is my position because you do not know how long Covid-19 is going to last. Are you therefore saying that if you are not going to compile a new register and Covid-19 finishes in August, you are going to push us not to have an election in December and you are now going to insist that the election should be postponed,” Mr Segbefia asked on PM Express Wednesday night.