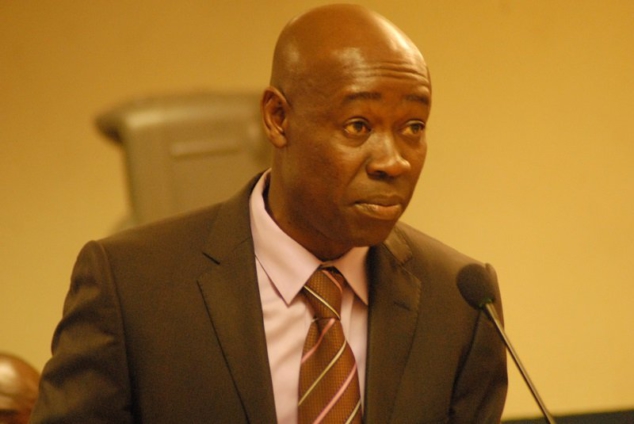 Thaddeus Sory is a legal practitioner

Private Legal Practitioner Thaddeus Sory has described as bad and problematic, a decision of the Supreme Court that backed the Bank of Ghana’s ability to issue certain directives to commercial banks.

Mr Sory, who was the lawyer for the Association of Finance Houses in its case against the Bank of Ghana (BOG), insists the Apex Court got it wrong and equally failed to lay a clear cut precedent for future guidance.

In a unanimous decision, the Supreme Court ruled that the Bank of Ghana did no wrong when it opted not to submit directives issued for banks to Parliament.

The court held that concluding that the BOG ought to submit such directives will place the Central Bank under “undue parliamentary oversight thereby upsetting the necessary independence of the Bank”.

The Bank of Ghana in 2018 issued a directive to banks indicating it is in line with its powers under Sections 56 and 92 (1) of the Banks and Specialized Deposit-Taking Institutions Act (Act 930).

Section 56 of Act 930 empowers the BOG to prescribe rules regarding any matter of corporate governance in banks, specialized deposit-taking institutions, among others.

The provision reads; “The Bank of Ghana may prescribe rules regarding any matter of corporate governance of a bank, specialised deposit-taking institution or financial holding company that the Bank of Ghana considers necessary or appropriate to ensure prudent operation, including matters relating to:

(a) the scope and nature of the duties of directors of a bank, specialised deposit-taking institution or financial holding company;
(b) the requirements for audit and other specific committees of the Board;
(c) the responsibilities of key management personnel;
(d) risk management;
(e) internal audit; and
(f) internal controls and compliance

Section 92, on the other hand, allows the BOG to issue directives if it is satisfied that it is necessary to secure the proper management of such institutions.

This came shortly after it had carried out a clean-up of the banking sector resulting in the collapse of some indigenous banks.

The BOG argues its December, 2018 directive seeks to promote the interest of depositors and other stakeholders by enhancing corporate performance and accountability of the Regulated Financial Institutions.

It provided guidelines for the appointment of Bank heads and handed certain responsibilities to governing boards to ensure effective governance.

The Association of Finance Houses dragged the BOG and the Attorney-General to the Supreme Court.

The Association says the BOG’s directives are legislative instruments, specifically rules and regulations within the meaning of Article 11 (1)(c) of the 1992 constitution and therefore ought to have come into effect in accordance with Article 11 (7) of the constitution.

This means it should have been laid in Parliament, published in the Gazette on the day it is laid and come into force at the expiration of twenty-one sitting days after being laid unless Parliament annuls it through a vote of two-thirds of all the MPs. This position was rejected by the Supreme Court.

Mr Sory, in an article sighted by JoyNews, says the conclusion reached by the Court is as bad as the reason advanced to justify it.

“If, therefore, the practitioner were confronted with the question whether a particular directive was legislative or administrative, what will be the tests or principles to apply? And if I may then take an “inferential leap” of my own, what is the ratio of this decision?

“Or has the decision added any insight or given practitioners and students of constitutional and administrative law any better guidance and understanding of the scope and application of Article 11(7) of the Constitution? My answer to this question is negative. The decision messes up a terrain which was gradually becoming clearer from the earlier decisions on the subject,” he argued.

He further stated that the decision had no legal basis, no clarity and no direction as to how to distinguish “an administrative act” from “Orders, Rules and Regulations” provided for in article 11(7) of the 1992 Constitution.

See the full article as published by Dennis Law below.