Surviving breast cancer: Stephanie Benson to save other women 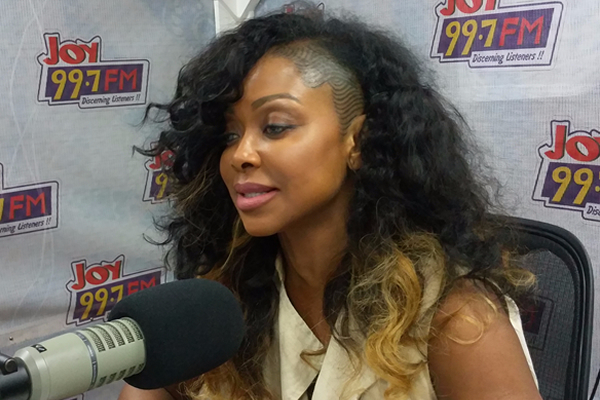 After battling breast cancer, Ghanaian jazz singer and songwriter Stephanie Benson is hoping to support other women who have gone through the same nightmare.

The singer, also known as Princess Akua Ohenewaa Asieanem of Kokobin, hopes to raise enough funds to give women reconstructive surgeries to put them back to shape.

Breast cancer develops from breast tissue and claims the lives of thousands of women annually. In 2012 alone, it resulted in 1.68 million cases and 522,000 deaths across the world.

Narrating her fight with breast cancer, the 46-year-old singer revealed on Cosmopolitan Mix on Joy FM with Doreen Andoh that she lost her grandmother, mother and other family members to the disease.

Stephanie Benson said she found out she had cancer when her aunt was on admission with “bald cancer” and “she was the fourth [family member] who was dying of breast cancer.”

She started feeling ill and tired all the time.

“Then I thought let me go and check because my mother died of breast cancer, my grandmother,” also died from cancer… Nine years prior I had lump removed,” she said.

One day she went for a smear test “and they told me there were some irregularities and then I went for biopsy and then they said,” she had breast cancer.

For her, she had no choice to do the surgery to save her life.

“I just knew I had to get through it. I had five children. I didn’t want to leave them… that kept my spirits up.”

The ‘Good Feeling’ singer recounted her operation went wrong and she “had almost 30 hours of surgery in three days.”

After starting a reconstruction process, Stephanie Benson says she has “been trying to raise some funds to help other women.”

It is her hope that she will be able to raise enough funds to support other women who can’t afford to pay for the reconstruction process which is really expensive.

“I hope and pray to God that, in the next years or so, we will be able to offer that to a lot of women,” she said urging women not to give up when they get breast cancer.