Suspended PPA CEO was dismissed in 2003 for ¢72.5m financial loss 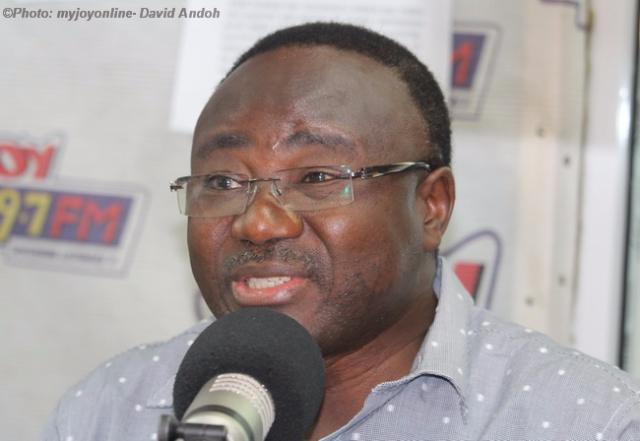 Suspended Chief Executive of the Public Procurement Authority (PPA) was once dismissed for causing financial loss at the Ghana Water Company Limited in 2003.

Adjenim Boateng Adjei was part of 11 other top managers who lost their jobs as part of recommendations of a committee set up by the Works and Housing Ministry.

The background of the Mr Adjei is now under scrutiny after he was implicated at the Authority for using a company he owns to sell government contract.

Investigative journalist Manasseh Azure in a documentary broadcast on JoyNews Wednesday found, the beleaguered CEO formed a company, Talent Discovery Limited, in 2017 after the NPP governemnt was inaugurated in January.

The company after winning contracts through restrictive tendering processes would further sell it to the highest bidder.

Less than 24 hours after the broadcast, Mr Adjei has become the subject of two investigations by statutory bodies – Commission for Human Rights and Administrative Justice (CHRAJ) and the Office of the Special Prosecutor (OSP) – after the president filed a complaint.

But it has emerged he was also recommended for prosecution in March 2003 by the Justice Nicholas Yaw Boafo Adade Committee of Enquiry.

Mr Adjei was then Chief of Materials at the GWCL and was part of ¢72.5m malfeasance that saw the Water Company Ltd order a 100 years stock of stationery.

This was contrary to a GWCL Board directive not to buy more than a year’s stock of supplies.

Despite the recommendation for prosecution, AB Adjei was let go for want of sufficient evidence the state reportedly said.

He would go on to become the first Chief Executive of the Public Procurement Authority formed under the Kufuor administration in 2005.

He lost this job after the New Patriotic Party lost power in 2008. But he would return to PPA in 2017 under the Akufo-Addo administration, a second NPP government.

Procurement is the biggest source of corruption in Ghana, the NPP said in opposition and now having won power in 2017, it faces public pressure to demonstrate its commitment in fighting the menace.