Sweden's Prime Minister Stefan Lofven will have to stand down after losing the support of parliament.

The anti-immigration Sweden Democrats (SD) backed the vote to remove him, weeks after a general election that delivered a hung parliament.

In Tuesday's dramatic vote, 204 MPs voted against Mr Lofven while 142 voted in favour.

Parliament's speaker will now propose a new leader – a process that could take weeks.

Mr Lofven is expected to stay on as caretaker prime minister while his replacement is decided.

Mr Lofven, the leader of the centre-left Social Democrats, came to power in 2014. His centre-left alliance won 144 seats in this month's election, one more than the centre-right opposition.

Neither of the main blocs intends to govern with the nationalist SD, the third-largest party in the new parliament.

But the job of prime minister could fall to Ulf Kristersson, leader of the Moderates. The new speaker, Andreas Norlen, who is also a member of the Moderates, was confirmed in the position on Monday with the support of SD.

While Mr Kristersson is widely seen as the person most likely to form a new government, others may be invited to do so if he fails – including Mr Lofven himself. 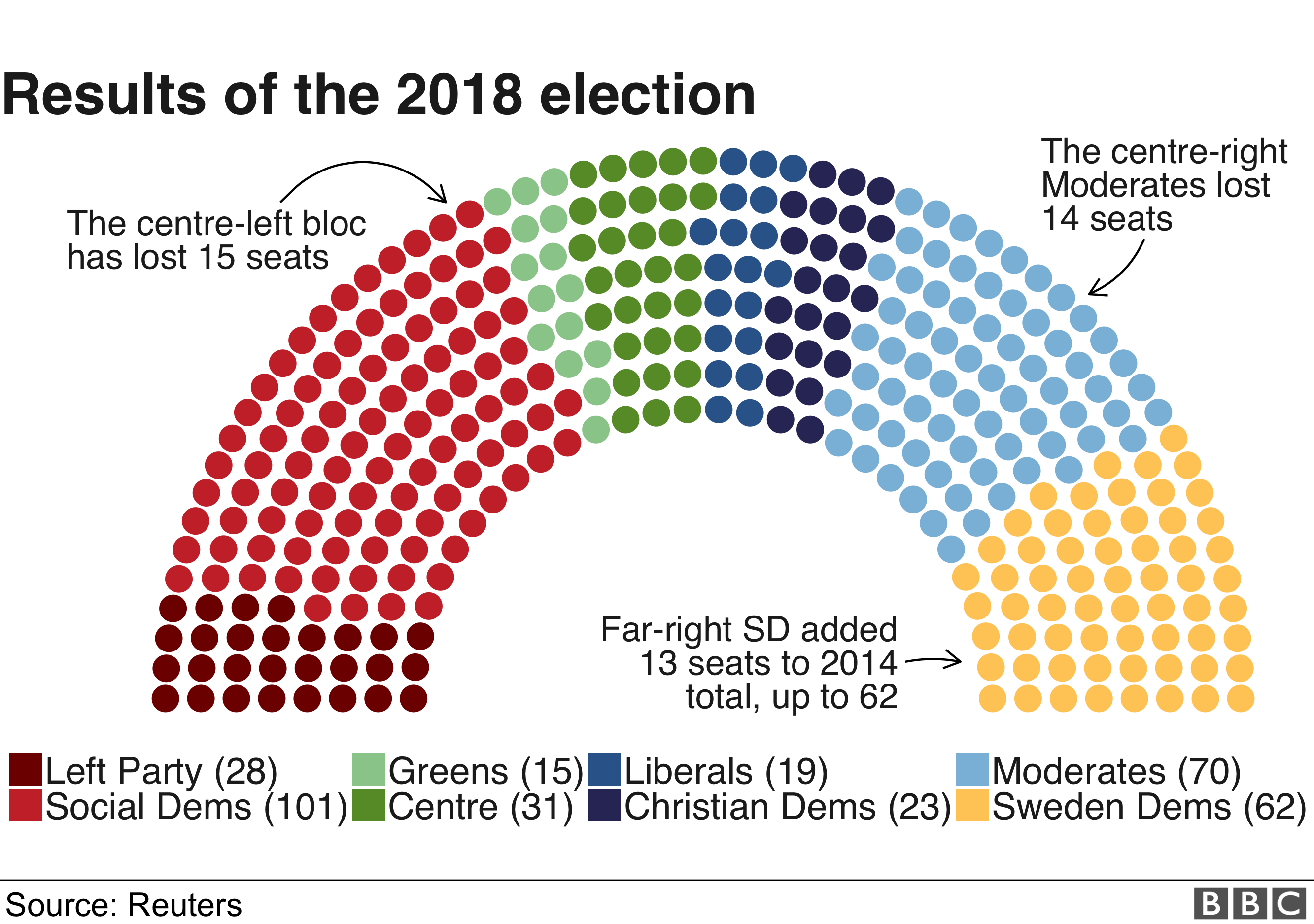 If there are four unsuccessful attempts to form a government, that will trigger fresh elections – something which has never happened before.

What has the fallout been?

Speaking after the vote, Mr Lofven, who is still the leader of the largest party, said he intended to work to form another government across the political divide.

"I see good opportunities to continue as prime minister," he said.

Mr Lofven said he did not believe that fresh elections were something voters wanted – but he said he would never support a government that relied on the SD.

Mr Kristersson said that a new government was needed – one with broad political support.

While the SD is expected to back the Moderate candidate, Mr Lofven warned the centre-right bloc on Tuesday against relying on the support of a party "founded by Nazis".

Who are the Sweden Democrats?

The SD is a nationalist, anti-immigration party which was linked to neo-Nazis and other far-right groups for years. It only entered parliament in 2010.

In the years since, it has become the third-largest party – a political success story.

Officially, it welcomes supporters from all backgrounds, but its history means it has been shunned by the mainstream political parties since it first won seats. 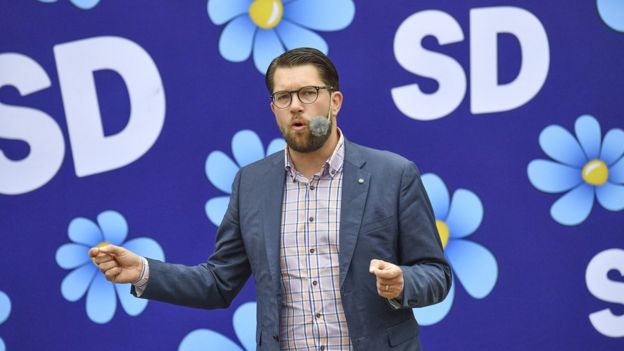 Jimmie Akesson leader of the SD, on the campaign trail with the party's floral logo

The SD has been keen to change its image. But there have been some unfortunate scandals, and several party members have been expelled in recent years for racist behaviour or links to right-wing groups.

Traditionally, its supporters have been working class men.

But the party won 18% of the vote in the recent general election – up from 13% four years ago – demonstrating a growing base in Sweden.