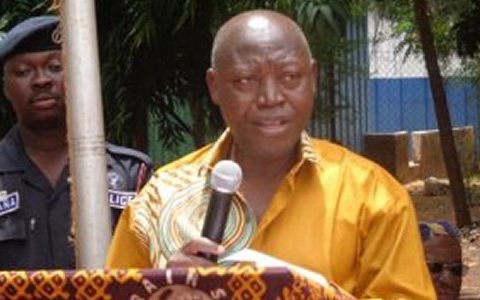 Northern Regional Minister, Bede Ziedeng, says the swoop that resulted in the arrest of some 108 people in connection with the destruction of properties during a mob attack on Radio Justice in Tamale was a botched operation.

According to him, the Northern Regional Security Council, which he heads, ordered the release of all 108 suspects because the swoop was conducted at a location that was not close to the scene of the violence.

He insists that the combined operation between the police and military personnel last Wednesday only led to the arrest of 108 innocent people.

The angry youth besieged the premises of the station and are alleged to have demanded that a New Patriotic Party (NPP) representative on the station's morning show programme be presented to them.

They accused the NPP representative of making insensitive comments about one Mustapha Abdul Rashid who was lynched early Monday.

Three people were arrested later that day in connection with the vandalism.

But on Wednesday March 12, 108 persons were arrested following a swoop in an area upon the directive of the northern regional security council.

A few hours later they were released again on the command of the regional security council.

Media reports, including the Chronicle newspaper claimed the 108 persons picked up in connection with the Radio Justice violence may have been supporters of  the ruling National Democratic Congress, and had been released because some people  in power wanted to protect their interest.

But speaking on OK FM on Friday, the outgoing Northern Regional Minister, Bede Ziedeng, said those speculations should be rejected.

The Minister explained that "the REGSEC [Regional Security Council] took the decision and decided that it was a botched swoop so it asked that it should be reversed".

But when he was asked why the Council did not allow the suspects to be screened before letting them go, he retorted "no one can question the REGSEC".

He said based on the regional security command's own assessment, all 108 persons were innocent, however he said if anyone had evidence to prove otherwise, they can come forward.