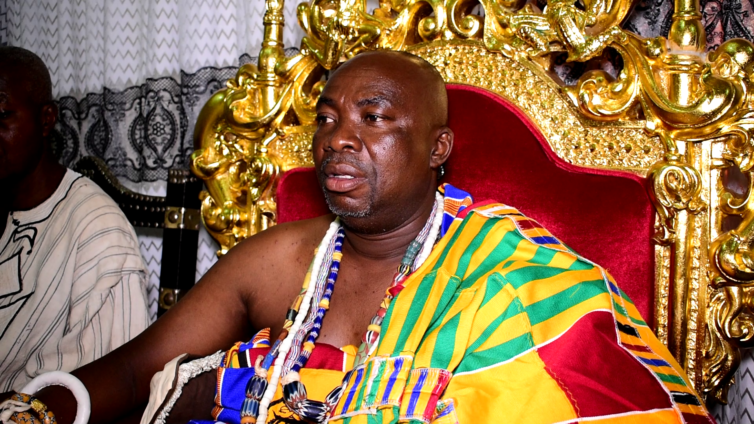 He hopes to lobby both sectors to turn the area into an industrial hub by establishing manufacturing factories and out-grower schemes to create jobs and promote the growth of the local economy.

Speaking to Joy News after the coronation, he promised to provide a launchpad for his subjects to engage in economic activities to enhance their livelihoods.

Taviefe Sreme is a peri-urban community in the Ho Municipality of the Volta Region, where most residents engage in farming.

However, the majority of the youth are shying away from the traditional way of farming and seeking corporate, industry, and other menial jobs.

Due to this, the newly installed Taviefe Sreme Divisional Chief, Togbe Amega Dze Vudze IV , is hoping to partner with government and private investors to deliver jobs for his people.

He said he will lobby to establish a factory under the ‘One District, One Factory policy, where products will be exported to Europe and America.

“We are ready to engage any investor. We have litigation-free lands in our area ready for development. We will establish branches across the 16 regions of the country to feed the factory with raw materials,” he said.

While at it, Togbe Amega Dze Vudze IV believes that human capacity building is another factor to consider which would contribute develop the community.

He, therefore, appealed for a tertiary institution to be situated in the area to serve the increasing population of high school graduates.

He also said that the community needs additional police posts since it is fast spreading, hence the need for intensified security,

The traditional council is hopeful Togbe Amega Dze Vudze IV would deliver on his promises, considering his track record in the private sector.

Togbe Amega Dze Vudze IV, known in private life as Kofi Harrison Agbefordo, is an entrepreneur and a contractor who deals in General construction.