HMD Global has mostly been releasing midrange Nokia smartphones with a focus on Asian markets, but today, the company announced a new Nokia 7.1 device that will be released in the US and UK.

The flagship smartphone, affordably priced at $349 (£299), will be available for preorder starting tomorrow on Amazon, Best Buy, or B&H, and it will start shipping on October 28th in the US and on the 17th in the UK.

The 7.1 is the first phone to launch with “PureDisplay screen technology,” which can display HDR-quality images on its 5.84-inch notched display. It can support HDR 10 and also convert SDR to HDR in real time.

Specs-wise, the Nokia 7.1 runs a Qualcomm Snapdragon 636 processor, and it has 12MP / 5MP dual cameras that can take Nokia-branded “Bothie” photos. (That essentially means you can take a photo simultaneously from the front and back-facing cameras, which are powered by ZEISS Optics.)

The phone, like most of the other phones in the Nokia smartphone lineup, is in Google’s Android One program, which guarantees it’ll keep getting OS updates for two years. It runs Android Oreo straight out of the box, but it will be available to upgrade to Android Pie in November. That means you’ll be able to use Android Pie’s adaptive battery feature, which will help you stretch out the 3,060mAh battery. The Nokia 7.1 charges on a USB-C port, but don’t worry, it has a 3.5mm headphone jack, so you can breathe easy.

In addition to the 7.1, HMD is also releasing two new Nokia accessories: True Wireless earbuds and the Nokia Pro Wireless Earphones. The True Wireless earbuds offer 3.5 hours of play time, are waterproof, and can get three charges from the wireless charging case. The Pro Wireless are connected to neckbuds and can offer 10 hours of playback. Both can be used to answer calls without having to take your phone out. 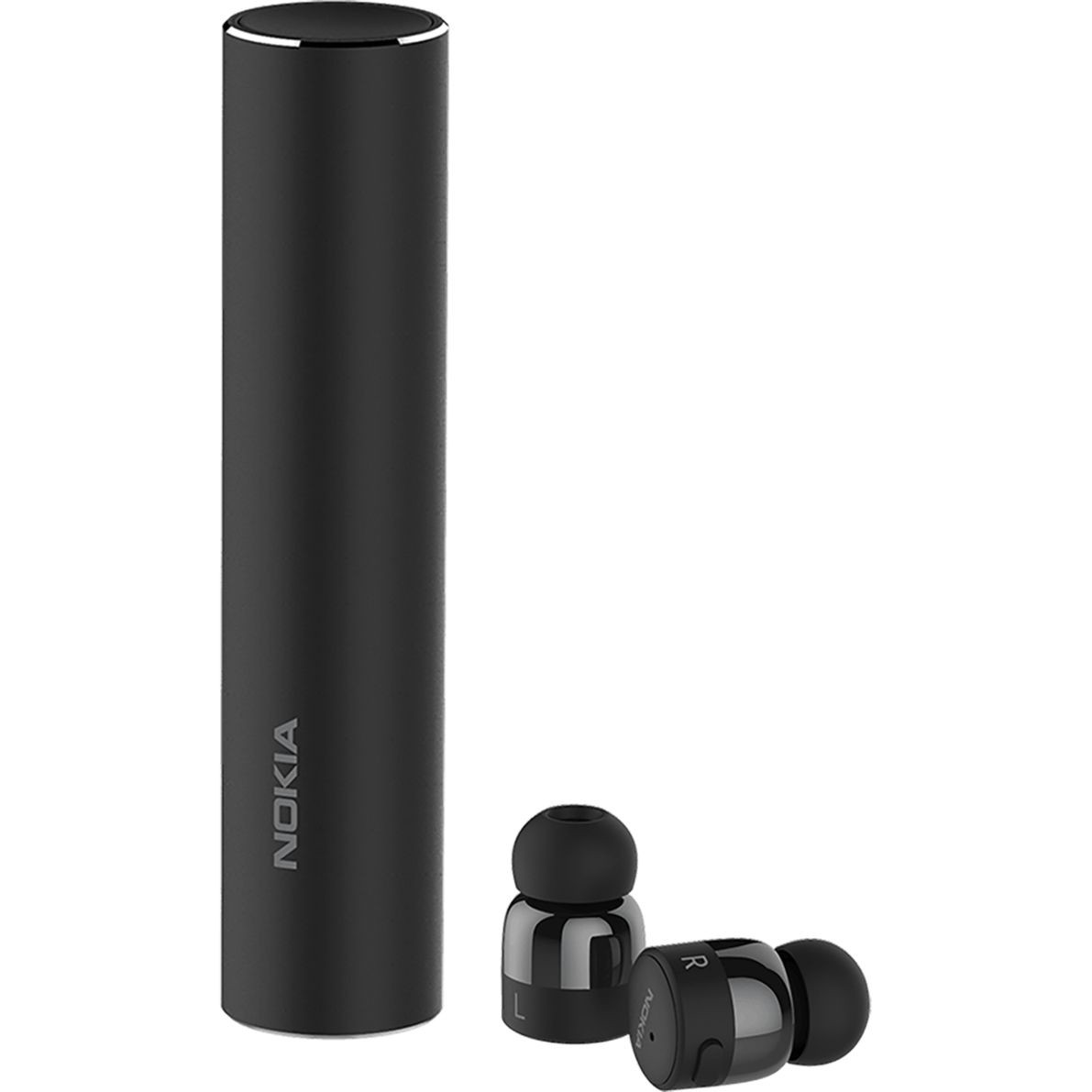