The new Kirin 810 chipset can be found in the Nova 5, while the more expensive Nova 5 Pro has the flagship Kirin 980 processor found in Huawei’s P30 Pro and Mate 20. The new Kirin 810 chipset has eight cores like the Kirin 980, but two of the 980’s high-performance cores have been replaced with energy-efficient small cores. It’s unclear if this will be Huawei’s last ARM-designed chip, after the chip designer cut ties with Huawei last month. The amount of storage and RAM also differ between the two phones. The Nova 5 has 6GB of RAM and 128GB of storage, while the Nova 5 Pro has 8GB of RAM and can be configured with up to 256GB of storage. 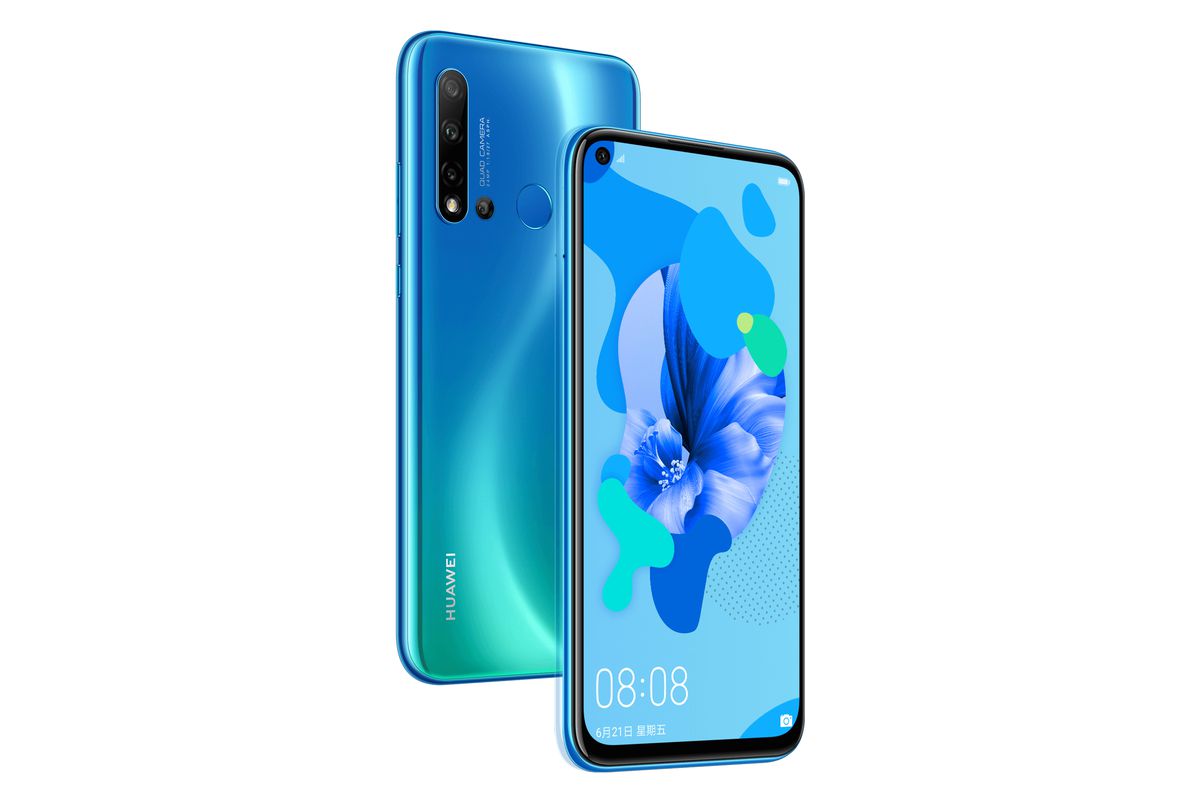 The Nova 5i is the cheaper of the three devices and features a hole-punch display. Image: Huawei

Otherwise, the Nova 5 and Nova 5 Pro are two very similar devices. Each has a 6.39-inch OLED display with a small waterdrop notch, and they have a quad-camera array on the rear consisting of a 48-megapixel primary sensor, 16-megapixel ultrawide sensor, 2-megapixel depth sensor, and a 2-megapixel macro sensor. They both have 3,500 mAh batteries, USB-C charging ports, in-display fingerprint scanners, and headphone jacks. Interestingly, both handsets also come with microSD card readers despite uncertainty around Huawei’s membership of the SD Association.

At the bottom of the lineup is the Nova 5i. Rather than a notch, this phone has a hole-punch display, and it also has a slower Kiri 710 processor. While it keeps the quad-camera array on its rear, it drops the resolution down to 24 megapixels for its main sensor, and 8 megapixels for its ultrawide camera, and it has an LCD rather than an OLED screen.

The three phones are currently due to launch in China at the end of the month. The Nova 5 is coming on June 20th with a starting price of 2,799 yuan (around $407), while the 5 Pro and 5i will be available later on June 28th with starting prices of 2,999 yuan (around $436) and 2,199 yuan (around $320). Huawei is yet to announce any pricing or availability of the handsets outside of China. That’s just as well, because while the company is facing this uncertainty you should probably avoid buying its phones.