Concept cars of the future shown off in US

The Fisker Ocean, an electronic sport utility vehicle, unveiled by American-Danish entrepreneur Henrik Fisker may be available by early 2022

Wacky concept cars, flying machines and smart bikes are being exhibited at the CES tech show in Las Vegas, US.

In recent years, car tech has become an increasingly important staple of the expo as firms seek the next mega-product after the smartphone.

Chip-makers and app-creators are all piling in. But the traditional car-makers are not resting on their laurels.

The efforts go far beyond new sensors for driverless vehicles - this year there are a host of flamboyant designs for entire vehicles on show. 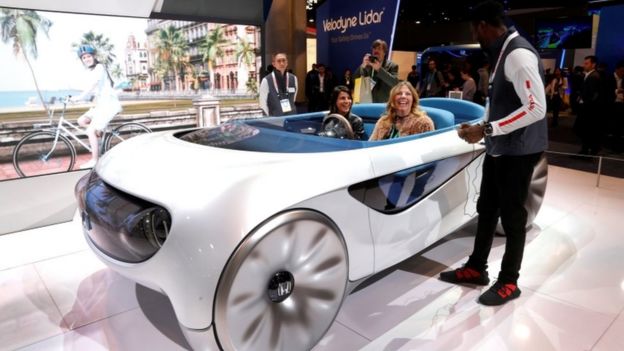 Honda, for one, is allowing attendees to sit in its bulbous, buggy-like concept car with minimalistic driving controls.

It has no pedals and a disc-shaped steering wheel that is pushed or pulled like a giant button in order to control acceleration. 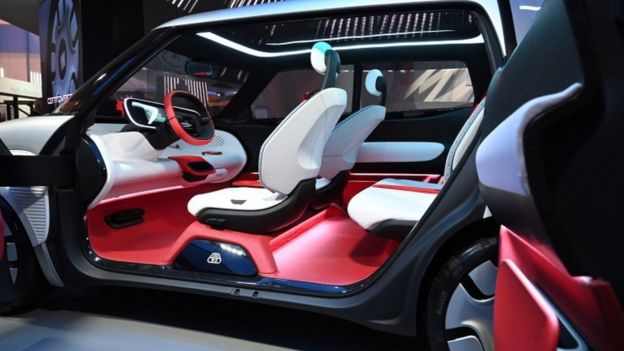 Fiat is exhibiting a version of its Centoventi modular concept car.

Buyers can, in theory, mix and match the components. 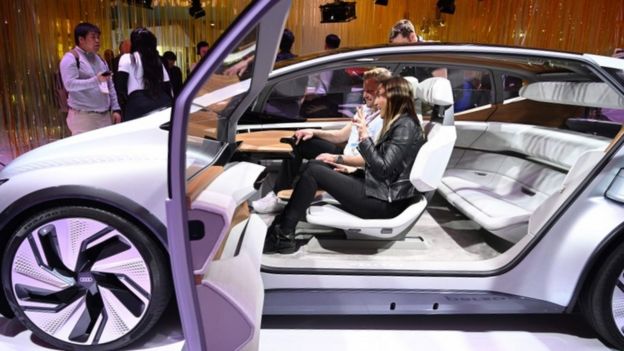 This autonomous concept car from Audi has a retractable desk at the driver's seat.

Useful for a game of bridge with your passenger?

Not all the cars on show are mere concepts.

Ford's Mustang Mach E GT, below, is an electric vehicle set to be released by the end of the year. 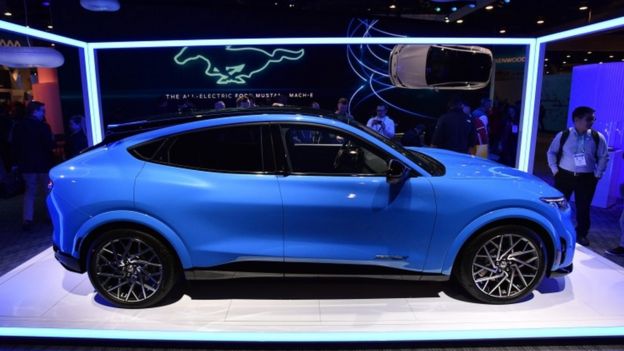 There's also been some surprise appearances.

Sony, the electronics giant, startled CES by unveiling a whole concept car of its own called the Vision S. 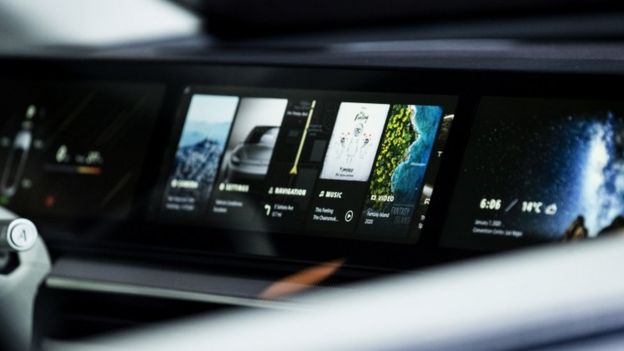 Its interior is crammed with entertainment tech, including a panoramic screen next to the dashboard. 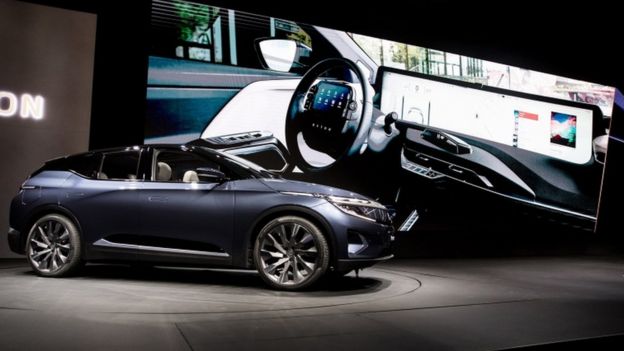 Another car with a sizeable dashboard display is the Byton M-Byte electric vehicle.

During a presentation, the Chinese start-up emphasised its idea that the car of the future would run on data power, not just horsepower.

The M-Byte is due to go on sale later this year. 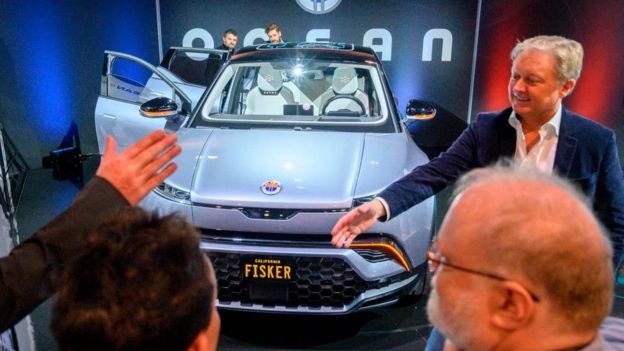 It will cost $37,000 and have solar panels on its roof, he told attendees. 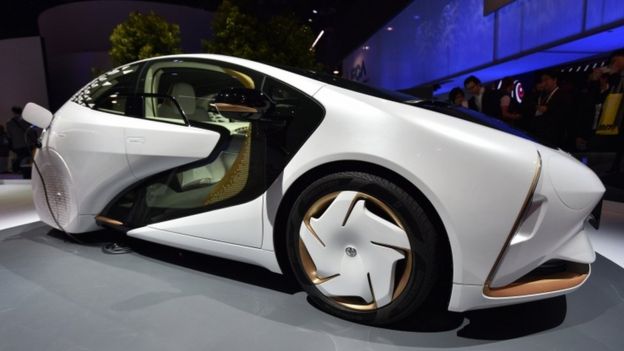 Toyota is displaying its LQ Level 4 concept car, which is designed for automated driving.

It also has a built-in artificial intelligence assistant of its own called Yui. 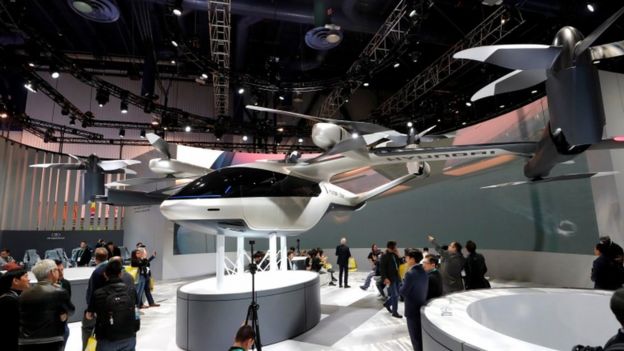 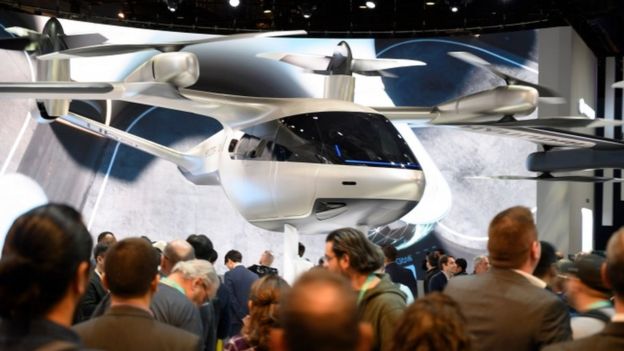 A number of flying machine concepts are also on show.

Hyundai announced that it had entered a partnership with ride-hailing giant Uber and is seeking to manufacture flying taxis for the firm in the future.

The SA-1 is designed to reach speeds of 180mph. 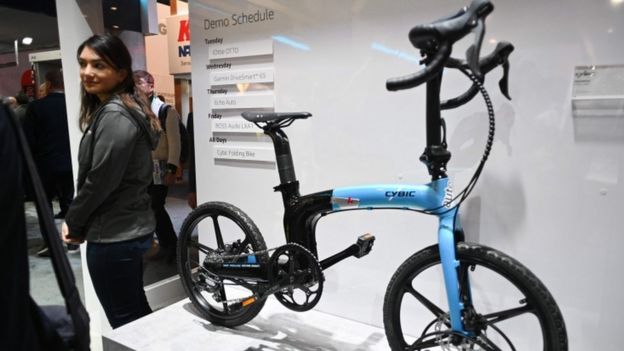 It allows riders to speak to Amazon's virtual assistant on the go, such as asking for directions or information about traffic and the weather.