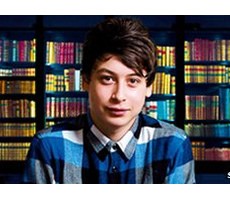 A smartphone app which provides summaries of news stories soared to number nine in Apple’s app store just two hours after its release in the US.

The app, called Summly, was designed by 17-year-old Londoner Nick D’Aloisio, and has received more than $1m in funding from investors.

However some early reviewers have described the app as “confusing”.

“Navigation unclear,” wrote Oliver Devereux on the app store’s review page, while another described it as “quite unintuitive”.

But the app is still rating an average score of four out of five possible stars from users overall.

Mr D’Aloisio took time off school to develop his idea for a smartphone application that offers summaries of existing news stories published on the net.

The free-to-download app uses algorithms to process news stories into summaries which users can then swipe to see in full if they wish.

“We worked hard on an interface that looks like nothing else on iPhone,” he told the BBC.

“We merged algorithm with beautiful design. It’s summarising thousands of articles every minute.”

Mr D’Aloisio, who celebrated his 17th birthday on Thursday, has appointed Bart Swanson, who oversaw the roll-out of retailer Amazon in Europe, to chair the company behind Summly.

“I see big visions for the company longer term,” the teenager said.

“We can really become the de-facto format for news on mobile. People are not scrolling through 1,000-word articles – they want snack-sized information.”

In the longer term Mr D’Aloisio would like to see users make micro-payments to read some stories in full should they choose to view the entire article.

“Traditionally publishers have been confined to a paywall system,” he said. “You can either give away the headline or the full article. But we can really sell the summary level.”

Mr D’Aloisio now intends to finish his education and go to university – but he also wants to remain involved in the company.

“I’m going to do my best to stay, I’m the founder and it’s my vision and I want to see that through,” he said.