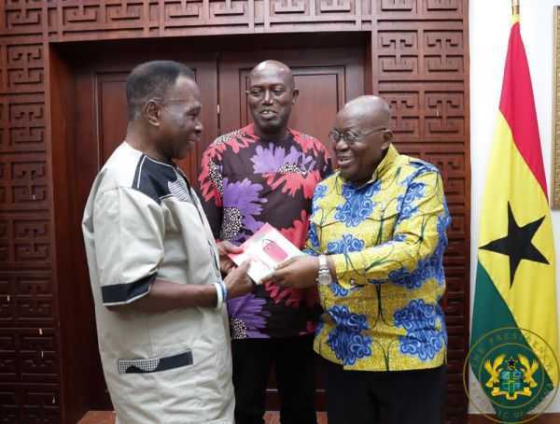 “Thank you, sir. I wish you well and may you live to be 101,” were the words of an elated D.K. Poison (David Kotei) when Joy Sports reached him for his reaction to President Akufo-Addo’s directive for his $45,000 loan to be repaid.

The 78-year-old, boxing legend, told Joy Sports that he received the news in the early hours of Tuesday, October 6 and felt a great deal of gratitude to the president.

“I didn’t expect that he would do this. I am very grateful to him and to all Ghanaians for their prayers and support.”

A letter from the Presidency dated September 28, and signed by the Secretary to the President, Nana Asante Bediatuo, directed the Ministry of Youth and Sports to take the necessary step to pay the amount of $45,000 on compassionate grounds.

“I wish I could go to the Presidency to thank the president with my whole family but I know he has busy schedules. I am so grateful. I thank him very much,” he told Joy Sports Nathaniel Attoh.

D.K. Poison, is Ghana’s first world champion in any sport in Ghana following his annexation of the WBC featherweight title in 1975, after defeating the then champion Rubén Olivares in California USA.

D.K. Poison lent the amount to the state following a gentleman’s agreement in Tokyo Japan, where he had successfully defended his title against Japan’s Shigefumi Fukuyama.

At the time, Ghana was under the military government of General Ignatius Kutu Acheampong, and the nation was reeling through tough economic times. He earned an amount of $75,000 in total for his purse and eventually received the cedi equivalent of $30,000 through a bank transfer.

He has since petitioned successive governments who made efforts but were unable to solve the problem.

President Akufo-Addo agreed in principle to pay the amount. The letter authored on September 28, 2020, was released into the public domain only 24 hours after the airing of the first part of the documentary – The Boxing Loan.

The airing of the Joy News / Joy Sports Hotline Documentary was the climax of a one-month campaign on major platforms under the Multimedia Group. Other media houses and individual journalists also made some efforts at writing stories and short features on the matter.

Coincidentally, Sunday September 20 this year was exactly 45 years of his annexation of the world title, a milestone D.K. Poison marked on a very quiet note.

The legend also revealed that nobody had ever done such detailed work on him in the interview after viewing the documentary which was aired in two parts between October 5 and 6.

“I had over 100 phone calls. I was very surprised at some of the songs and videos which I don’t have myself. Where did you get that from? You really did a search. This is great. This makes me feel very important,” he told Joy Sports’ Nathaniel Attoh who put together the documentary.

The sporting legend watched the second part of the documentary at this Teshie Nungua residence with two of his daughters, his only grandchild and his son in law.

The actual date for the presentation of the cheque for $45000 is yet to be confirmed.

DISCLAIMER: The Views, Comments, Opinions, Contributions and Statements made by Readers and Contributors on this platform do not necessarily represent the views or policy of Multimedia Group Limited.
Tags:
Akufo-Addo
D.K. Poison
Joy Sports
The Boxing Loan