The death of a British icon: Land Rover Defender ends production after 7 decades 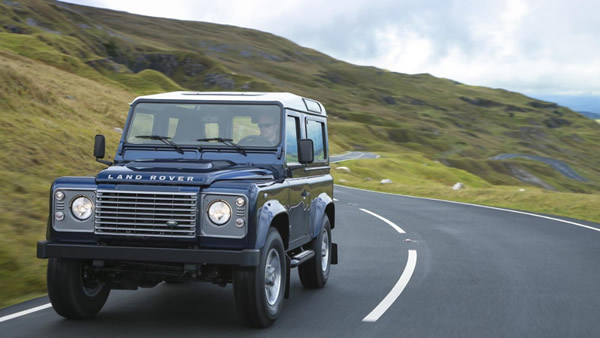 It is a vehicle that enjoys as much affection as other motoring icons, like the VW Beetle, the Ford Mustang or the original Mini — but this week, Land Rover is finally turning off the production line for the Defender, the car that lent its name to the company.

For the Defender did that and more; its demise brings to an end a vehicle that can be traced back to 1948, when a car known simply as the Land Rover went on sale in a bid to raise enough cash to restart mainstream car production at Britain's Rover brand.

The new creation, designed primarily for farmers and the military, had an expected shelf life of a few years. However, when its sales comfortably outstripped those of regular Rovers, the Land Rover standalone brand was born.

The inspiration for the Land Rover was the original Willys Jeep — chief designer Maurice Wilks had an example of the American vehicle on his farm in Wales — but post-war Britain had a number of limitations that affected the design.

Chief among these was the use of lightweight aluminum for the body panels; the designers' hand was forced by the shortage of suitable steel, not to mention a lack of the pressing tools required to bend any curves in the metal.

The slab-sided aluminium's resistance to corrosion brought a useful side effect: it is no coincidence that two-thirds of the two million-odd Land Rovers ever built are reckoned to still be on the road. And off it, if you catch the drift.

It would be unfair to say that the Land Rover has not been developed over the years. Larger, more powerful engines have been introduced, along with plusher trim and a few creature comforts.

It even gained a new name, the Defender, when Land Rover started expanding its line-up with mainstream products like the Discovery and Freelander.

The final limited-edition Defenders, which included a retro-styled version, including heated seats, air-conditioning and even a CD player.

Yet these elements alone could never overcome the car's unshakeable core: a simple chassis layout with a boxy, straight-panelled body and a four-wheel drive system honed on British farmland but equally capable in tropical Africa or the Arctic Circle.

What next? A replacement isn't likely for at least a couple of years – a sign, perhaps, of how tricky Land Rover's product department is finding it to replace the company's icon.

Such is the car's cultural significance that as successor is seen as a core part of Land Rover DNA — a figurehead whose presence legitimizes the off-road ability of posher stablemates like the luxurious Range Rover and the Evoque baby SUV.

Yet it has to wash its own face in profit and loss, and the creation of a rugged, capable, go-anywhere vehicle with the flexibility to be a convertible, a pick-up, a troop carrier, an ambulance, a farmer's workhorse or a family car, while complying with global vehicle rules and making money, is not an easy one. It took a slice of pure British luck to create the Land Rover; it may well take another one to replace it.

How the Defender became a British cultural icon

For Britons, the Land Rover has become a beacon for durability and dependability — a tool of the establishment, used by the police service, the coastguard and armed forces, but also politicians, vets, and rock stars.

However, almost 60 years on, crash test legislation and emissions laws have finally killed it off.

It has been the choice of Royals on state visits, and the daily drive of the Queen herself when she's on holiday in Scotland. In the enormously successful Bond movie Skyfall — as strong a British cultural export as you can find these days — the return of a classic Aston Martin DB5 caused headlines, but the best car chase in the flick featured an increasingly battered Defender.