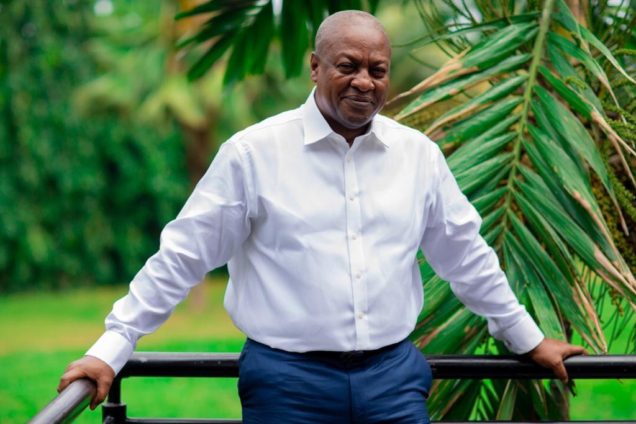 The fact is: little more than lip service has been paid to the illusory promises and unrealistic targets of the Akufo-Addo government. The grim reality today is that work and happiness has eluded the average Ghanaian worker.

John Dramani Mahama’s government, as compared to Akufo-Addo’s, was socially progressive, fiscally responsible, pro-business and Pan-African. He under-promised and over-delivered. The immediate past President presided over a more equitable and just society with a firm culture of innovation.

Akufo-Addo’s government fell asleep at the wheel, crushed the economy and continues to impose punitive taxes on citizens to fix its huge mess. Ghanaians, especially young people, are affected by a quiet and deadly economic depression.

The cost of living in urban Ghana is ridiculously high, wages are terribly low, and the new generation will have to pay for the hefty loans borrowed by the Akufo-Addo government while his crook-coddled team enjoy retirement on six-figure, or more, account balances.

The so-called change the New Patriotic Party propagated has been devoted entirely to self-serving interests, while the most critical issues today, which concern the survival of Ghanaian households, have been either delayed or completely ignored. Our political advancement has been retarded. Standards of public service has been so lowered that the efficiency and integrity of the government is seriously impaired.

Today, there is a strong suspicion among Ghanaian citizens, particularly within the middle-class, that free-market initiatives would be sabotaged by the pressures of powerful politically-affiliated conglomerates. There is no longer fluid social mobility.

We have moved past an era where complacent declarations and mediocre achievements retain a government in power.

Politics is no longer about slogans that promise the world: free this, free that. It is about practical and creative solutions. It is about poverty-alleviation and sustainable wealth-creation.

This is why the National Democratic Congress has put forward a leader who is firmly committed to the technological revolution of the 21st century, modern infrastructure and a youth-oriented policy agenda. The party’s manifesto has been centred on civic engagement; it is driven by the ideas of the people.

There are essentially two different kinds of Ghanaian politicians:

1. The first is merely obsessed with the ascension of the social ladder and determined to exploit political power for the benefit of a privileged few. This calibre of politician views the arduous responsibility of statecraft as a tea party political movement, to be conducted at leisure, by a select group of clansmen, friends and business associates; to them, government has absolutely nothing to do with the masses beyond getting their vote. These are largely the kind of politicians that dominate the present administration.

2. The second is concerned, not with the largesse of the Republic and social prestige, but about social reformation and nation-building from the bottom up. It is the day-to-day conditions of the peasant farmer, in the hinterlands, and the working class that is prioritised. This political culture cuts across tribal and social differences in Ghana; it is a breakaway from the impediment of a pretentious bourgeoisie which seeks to enrich its interest-group at the expense of economic independence for us all. This is the style of politics I identify with.

A salient question is: how can the many Ghanaian citizens who continue to go through hardship possibly endorse a myopic administration? It is either we reject or maintain a government that has never worked for us and isn’t likely to ever function in the greater interest of Ghanaians.

Well, the choice is yours. Do not give up your right to shape our path forward.

The author, Vincent Djokoto, is a Business Executive and Columnist.