The gospel according to radicals 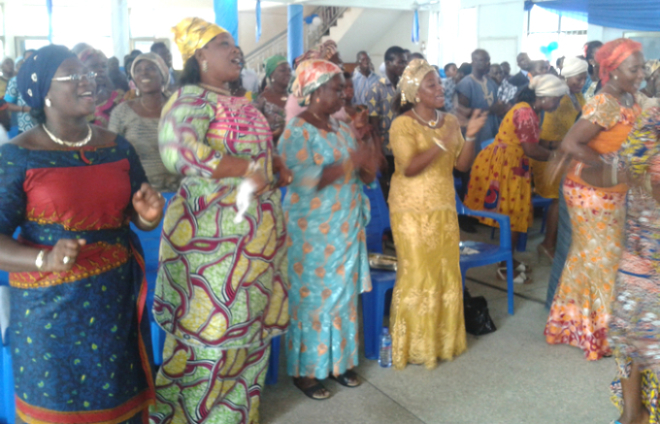 Have you ever been to a religious event in which the preacher touched on a message that rightly intersected with your own deep-held belief system? It was one of those occasions in church where the pastor sermonized that throughout history radicals have been agents of tsunami change in human societies. In effect, the preacher was underscoring the general, but often ignored, notion that notable changes can’t be possible without people or leaders who possess radical ideas. That pastor couldn't have been more right.

The preacher in question emphasized that not only was Jesus Christ an unapologetic radical but also a revolutionary with an iconoclastic attitudes. A great deal of Jesus’ teachings centered on novelties, including a rebuke of the status quo. Among millions of people and scholars alike, Jesus’ Sermon on the Mount is universally viewed as the most unparalleled treatise in the annals of human ethics history by any known individual. Much of what we know in our modern era regarding the concept of equal rights is anchored in Jesus’ teachings.

As historian Will Durant—not a fan of Christianity—has opined, “he [Jesus] lived and struggled unremittingly for equal rights in modern times, he would have been sent to Siberia [Russia]. ‘He that is greatest among you, let him be your servant’—this is the inversion of all political wisdom, of all sanity.” In fact, this line of thinking was highly unpopular during Jesus' short but productive ministry on earth.

One of the cardinal reasons a host of the Jewish rabbis and other conservative religious leaders refused to embrace Jesus as the Messiah (today, there are many Jews who still don’t believe Jesus was the Messiah) was because his preaching did not conform to the preconceived assumptions of the traditions of the elders or the rabbinical precepts. Jesus' teachings were predominantly outside the realm of the mainstream religious edicts. The Jewish religious traditions did not allow any Jew to mingle with the tax collectors, the “unclean,” or the Gentiles, let alone spent time in any of their homes and abodes.

From Jesus' interpretations of the New Testament, it was clear that he came to disengage the entrenched religious conventions. He was unique rabbi and widely regarded as one of the highest Jewish religious leaders. This means the Jewish strict traditions “bar” him from allowing women, including sick people, to get direct contact with him. Keep in mind in Jesus’ era the sick were considered unclean, unworthy of attention or a privilege for high-level social interaction.

In light of the strict religious laws of the Jews, Jesus of all rabbis had no business asking to spend a night in a notorious tax collector’s house. However, in the biblical account—Luke 19: 1-10—we learn that Jesus asked Zacchaeus, a famous tax collector to descend from a tree and come along because he—Jesus–had decided to be a guest in Zacchaeus’ home for the night. This request from Jesus was a radical departure from a well-established norm of the conservative Jewish culture. It should be noted that long before Jesus' arrival, Zacchaeus had a notorious reputation as one of the despised Jewish tax collectors.

The prevailing culture of the Jews before Jesus, including the time of his earthly stewardship, was nothing but a mortal hatred for the tax collectors. Based on many of the preceding reasons, tax collectors were regarded as traitors, extortionists, given only to working for the Roman oppressors by helping them siphon off the meager resources of the oppressed Jews.

For a high-ranking rabbi of his caliber, it was unheard-of and troubling for Jesus to socialize with a disgruntled tax collector who called himself Zacchaeus. But that was one of the many radical positions Jesus took during his ministry. He spent time with the so-called outcasts and the sinners. For Jesus, clinging on tightly to worn-out traditions and the outmoded religious laws devoid of compassion undermines the very core of religion; which is purely based on empathy and inclusion of all. Simply put, by interacting with the poor, the outcast, the gentile, or the unclean, Jesus demonstrated that human condition always trumps abstract laws or tired old traditions.

Jesus’ message was simple and clear: he came to radically shake off the inhuman traditions and norms that appeared to have created a chasm between the people and the salvation message. In other words, for any important change to occur in terms of putting the salvation message to the broad masses of people—at least starting from a predominantly conservative Jewish culture—the need for a radical approach was a key to progress.
.
The underlying argument of this piece is that major changes have always happened in societies because at some point someone with radical views come along to set in motion transformational processes that keep abreast of the changing times and realities. By this logic Jesus wasn’t only a transformational figure, but also a radical par excellence. Jesus was able to undercut the unjust status quo of his time, thereby allowing many of us who call ourselves Christians to get a clear understanding of what true Christianity is all about. Reading between the lines, it is clear any landmark transition or a new invention in any society emanates from people with radical ideas. In most cases, innovators or inventors of all stripes are radicals.

Strangely, it seems the word radical has come to represent something derogatory in our contemporary literature. But radicalism is not a shameful badge to bear. We’re all radicals one way or the other. In essence, radicalism is an indictment of the status quo. Any change we make in our lives has radical elements; because, human life itself is not static.  Maybe Jesus’ message would not have stood the test of time were not for his radical approaches to preaching the gospel.

Sure, Jesus is incomparable. But in many parallel levels, it’s fair to say that all the Ghanaian freedom fighters who took it upon themselves to form the United Gold Coast Convention (UGCC) in the period predating Ghana’s independence were radicals. They were geared toward changing the unfair political conditions at the time. Similarly, civil rights activists such as Mahatma Gandhi, Nelson Mandela, Rosa Parks, or Martin Luther King, led radical campaigns that resulted in seismic change in history. And, of course, were it not for the radical stances of  the German monk Martin Luther or King Henry VIII of England, perhaps the modern world would still have only one church—the Roman Catholic. Clearly in talking about any sea change in human society, as well as any major development across the globe, we cannot ignore the pivotal role played by the radicals.

Bernard Asubonteng is sociopolitical commentator; he can be reached at:asubonteng@globalpulpit.com