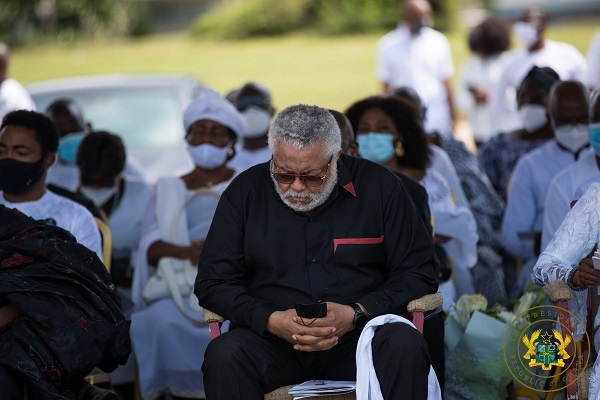 The late Rawlings at his mother's funeral

In 2019, CGTN-Africa, a news agency produced a series of documentaries on different African leaders, game changers and activities across the continent.

Notable amongst them was the story of the late former President Jerry John Rawlings.

The documentary looks into Rawlings’ past as an airforce pilot, a soldier, a leader and a revolutionary.

Rawlings told his story from the time he decided to be a pilot at six years old to being a leader for the people of Ghana.

The production seeks intel from numerous people including Rawlings himself, his wife Konadu Agyeman Rawlings and Vice-Chancellor of University for Development Studies, Professor Haruna Yakubu.

JJ Rawlings passed away at 73 on November 12, following a short illness.