The real reason men cheat is sadder than expected 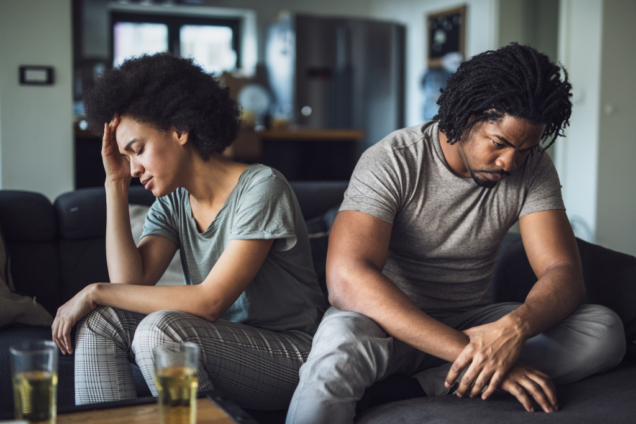 Being cheated on is one of the most painful, shattering experiences, one that I wouldn’t wish upon anyone. I unfortunately know firsthand how brutal it is.

You feel betrayed, your trust is destroyed, your self-esteem is ravaged, and you can’t stop questioning what you did wrong, why he cheated on you, and what signs of infidelity you must have missed.

The one thing I wish I had realized a decade ago, when the guy I considered to be the love of my life cheated on me, is that it really had nothing to do with me, it was the result of his own internal issues. And that’s how it usually goes.

The reason I was so confused back then is I didn’t have an understanding of the male psyche, and I didn’t know the internal psychological factors that cause men to cheat.

I am not saying there is an excuse for why he did it, but there is a reason. And knowing the reason can be therapeutic in a way.

So here is the real reason why he cheated on you.

This isn’t true of all men, but it is for most. I’m not talking about narcissists or sociopaths or guys with major commitment issues. I’m talking about normal, stable dudes.

Women are typically more driven by the desire to connect and build interpersonal relationships. When a woman cheats, it’s usually because her emotional needs are no longer being met — maybe she no longer feels seen or cared for, or understood.

When a man cheats, it is most often because he feels like a loser in the relationship. He feels like he is constantly disappointing his woman and nothing he does is good enough.

I’m not saying cheating, in this case, is okay or acceptable. I’m not giving excuses; I’m just giving a reason.

When my ex cheated on me I was devastated and thought he was the world’s biggest scumbag. I hated him and I hated her and I hated myself for getting involved with him and expending all that time and energy on him and the relationship.

However, in looking back I can understand exactly why it happened.

You see, his life was in utter shambles when he and I started dating. He had just been dumped by a girl he loved, he was failing miserably at his job, he was in debt, and he was completely lost with no direction or purpose in life.

Being young and naive and having no real understanding of what love is except for what I saw in the movies, I thought my love could heal him somehow. I thought if I loved him enough then he would snap out of his funk and be the man I knew he could be.

But I did it all wrong. I didn’t encourage him to get his act together and instead, tried to take care of everything for him.

I thought if I made his life as easy and manageable as possible he would love me even more and would suddenly find the motivation to get his life in order.

After many months of things going from bad to worse, of our once passion-filled relationship drying up into an almost platonic, mother-son type of dynamic, he cheated on me and swiftly entered into a relationship with said mistress.

If that wasn’t bad enough, within a few weeks of them dating he all of a sudden transformed into the man he could never be with me! He got a real job, he committed to her, he took her on romantic dates, he was happy and alive.

I felt devastated and I beat myself up over it for months. What does she have that I don’t have? Where did I go wrong? Why wasn’t I good enough?

The answers didn’t come until several years later with both the wisdom that comes with experience and my somewhat hasty decision to reach out to him and ask the questions that had been haunting me.

The short version of this very long conversation is that while he did love and care for me, being with me made him feel like an even bigger loser.

Cheating usually is the result of an easy opportunity and him feeling like a loser, either in life or in his relationship.

In order to feel valuable and significant again, he may give into temptation, it doesn’t matter how much he loves his partner. I know it may sound ridiculous to you, but this really is a testament to how vital a man’s need to feel like a winner is.

Men will often sacrifice things that they truly hold dear simply to temporarily get rid of the feeling of being a loser.

Affairs usually start when a man feels misunderstood, like the areas of his life that are important to him are being criticized or deemed not important. Then he finds a woman who appreciates him, who gives him something he isn’t getting from his primary relationship, and he strays.

It’s not that he doesn’t love his partner, she just can no longer connect to him in the way he wants most and when that sort of pure appreciation comes from another source he can’t help but be drawn to it.

For example, let’s say a guy is a programmer. During the workday, he is on fire with passion and thrives off of meeting the daily challenges of his job. After killing it all day, he comes home feeling on top of the world and wants to share that energy with his girl.

She quickly dismisses him and says, “You know I don’t understand all that technical stuff, it just makes no sense to me. Can we talk about something else?”

Bam — he has officially shut down. He feels like she doesn’t accept the most important part of his life, the thing that makes him feel effective and worthwhile.

Since she doesn’t care about what he does, he seeks that type of understanding elsewhere. He may spend more time with people who are part of that world or are passionate about the same kind of mission.

Maybe a girl will come along who finds what he does sexy, and she appreciates him for the effort and passion he puts into it.

When he’s with her, he gets all this validation and appreciation for the man he is and the mission he’s on. He feels good about himself around her, he feels seen, he feels desired, and these things combined have the potential to take him down a bad path.

You don’t have to study code or take programming classes. It doesn’t even matter if you’re the most technologically challenged person on the planet.

You don’t have to connect to the technical side at all, what you should try to connect with are the emotions he feels about it. It’s easy to recognize when a man is excited about something when he’s driven to win and succeed.

You aren’t responsible for his entire emotional well-being, he also needs to live his life in a way where he feels good about himself and that doesn’t only come from you. You can’t change him or control him, all you can do is try to build a meaningful connection and support his aspirations in life (and he should do the same for you as well).

When a man is with a woman who taps into his vision and what he wants out of life and tries to connect to these areas, he feels empowered and inspired and he won’t ever want to do anything to jeopardize the relationship.

In an article revealing the most common things men complain about in marriage counseling, psychotherapist and Neuman Method co-creator M. Gary Neuman revealed the biggest complaint he hears from men who have cheated usually isn’t a lackluster sex life, but rather feeling under-appreciated by their wives.

“The problem is, too many women think that if they are overly appreciative to their husbands, they’ll reduce their husband’s desire to please her. It’s quite the opposite. actually. Men are energized when they feel their wives are appreciating them,” he said.

I want to just add that I do not think it is ever okay to cheat. I think it is cruel and selfish and I am not excusing it in any way — I’m explaining it.

More than anything I hope by understanding the reason, you won’t blame yourself for his transgression and think it said something about you, which is the huge mistake I made.

DISCLAIMER: The Views, Comments, Opinions, Contributions and Statements made by Readers and Contributors on this platform do not necessarily represent the views or policy of Multimedia Group Limited.
Tags:
Cheat
Relationship