The Royal Family is forbidden from eating this 1 vegetable 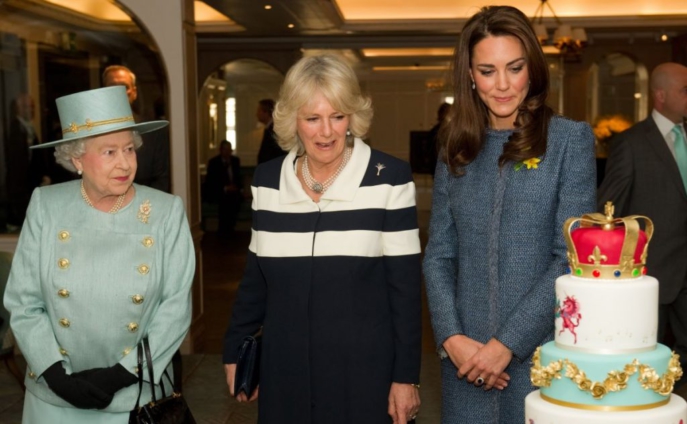 What does the Queen eat in a normal day?

The queen’s meals have become quite standard. Normally, she has breakfast, lunch, afternoon tea, and dinner.

Former Buckingham Palace chef Darren McGrady told Food and Wine that for breakfast, the queen likes to keep it to a very specific meal of cereal, a boiled egg, and a cup of tea. Her favorite cereal is Special K.

For lunch, the queen is not just grabbing a quick bite to eat. No, she sits down to a four-course meal, starting with a compound salad.

The queen reportedly loves to eat game so meat is usually included in the meal. Then, she moves on to dessert before eating some sliced fruit.

If the queen is eating alone, then her lunch and dinner normally consist of small portions of lean meat or fish and vegetables.

Afternoon tea is where the queen allows herself to splurge.

“I have decided to create at once a new mark of honour for men and women in all walks of civilian life.”

80 years ago today, King George VI announced the creation of the George Cross. The award ranks alongside the Victoria Cross, and recognises acts of bravery away from battle. pic.twitter.com/5nm4SesRAV

“The queen is a total chocoholic,” McGrady told the outlet. When he was working at the palace, the queen would have a few slices of cake every afternoon. But now, she has cut back on cake and will just have sandwiches with her tea. The queen takes her tea without cream or sugar.

Which vegetable do the royals stay away from?

The royal family’s days are typically filled with meetings and appearances. For that reason, the family does not eat garlic. According to Hello!, the queen was never a fan of the taste of garlic anyway, but as a whole, eating garlic is definitely not encouraged among the royals. Camilla, Duchess of Cornwall even confirmed this quirky rule while appearing on MasterChef Australia.

“You always have to lay off the garlic,” she said.

What other foods are banned?

As a rule, the royals typically do not eat shellfish. Unlike garlic, this has nothing to do with the smell, rather it’s because the probability of getting food poisoning when eating shellfish is rather high.

Pasta is not banned, but in the British royal family, it is reserved for special occasions. The same goes for potatoes and rice.

The royals don’t like to eat with their hands. This makes sense for big meals, but for certain foods, eating with silverware can be quite weird. In McGrady’s book, Eating Royally, he said that the family eats all their fruit with silverware.

📷Take a look back at The Queen and members of the Royal Family enjoying the Highland Games at the Braemar Gathering over the years. pic.twitter.com/wVLn8LngCB

“Grapes are the most popular as they are the easiest to eat and cut into smaller bunches of four or five grapes,” he said.

And this no hands rule even applies to burgers.

“We would do venison burgers. There’d be gorgeous cranberry and everything stuffed into them, but we never set buns out,” he told Insider. “They would have burgers, but not the buns. So they would eat it with their knife and fork.”