The ruling government deserves a thumbs-up despite its shortcomings - George Quaye - MyJoyOnline.com 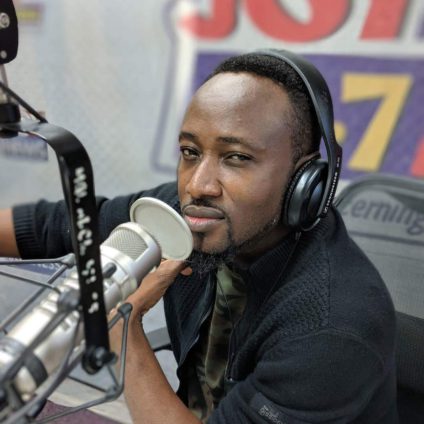 CEO of Image Bureau as well as the host of Showbiz A-Z, George Quaye, says the ruling government deserves a tap at the back despite their challenges.

He made this assertion in an interview with Andy Dosty on Daybreak Hitz on Hitz 103.9 FM, after he was asked about his take on the works of the Minister of Tourism, Arts and Culture, Ibrahim Awal Mohammed, based on the promises he gave before attaining the office.

Speaking on the matter, Geroge Quaye said the government needs to be commended, in spite of its challenges.

According to him, every government has a plan on how to run a country but the resources available to them to carry their vision are always limited, something he thinks contributes to their failure in a way.

He made references to COVID-19 as well as the Russia and Ukraine war, as something that has affected many countries including Ghana.

“First off I think we need to give this entire government some thumbs up because if you follow global proceedings you would realize that Covid-19 amid other challenges, even this Russian invasion of Ukraine has affected the government tremendously. Governments around the world have ideas of what they want to achieve but something can come from somewhere to hit them, derails them and take them off their target,” he said.

He believes that despite the hardship faced by the government, they still came in when they were needed the most.

He also highlighted what the Tourism Ministry did for the Creative Arts Industry as one of them.

“Despite it all, one of the industries that was well hit was the Creative Arts sector. When you speak to most artistes, you would realize that relief funds were made available to them but the beneficiaries have failed to come out to talk so it makes it look like the government hasn’t done anything,” he stressed.

He ended by stating emphatically that even though the expectations for the ruling government is high, to him, they have performed pretty well judging from the hardships they have faced so far.