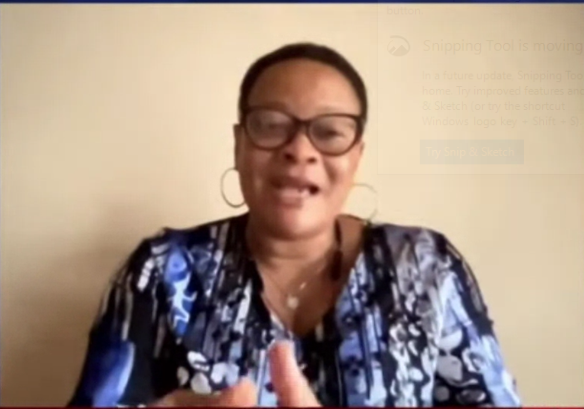 A Programmes Manager at the Ghana Integrity Initiative (GII), Mary Addah has said swift actions must be taken against persons whose names appeared in the recent exposé by investigative journalist, Anas Aremeyaw.

Mrs. Addah explained that there have been instances where people’s names have come up for mention in various exposes and nothing has been done about it.

The GII programmes Manager was commenting on the recent exposé by Anas Aremeyaw Anas titled ‘Galamsey Economy’, which featured the Minister of State at the Ministry of Finance, Charles Adu Boahen.

Mr. Adu Boahen in the documentary was said to have told the undercover investigators that Vice President, Dr Mahamudu Bawumia needed $200,000 as an ‘appearance fee’ before meeting with supposed investors.

The Minister was also reported to have said that the Vice President would demand some contracts from an investor for his siblings to get his backing and influence in establishing a business in Ghana.

According to the GII Programmes Manager, these persons when exposed should not just be referred to Special Prosecutor to investigate their criminality.

“For me the lesson in all of this is the fact that some people have come up for mention too many times and so we believe that going forward, there must be some swift, not just referring to Special Prosecutor to investigate the criminality around the issue of the person who is cited in this expose,” she said.

Speaking on JoyNews Newsfile Saturday with host Samson Lardy Anyenini, Mrs. Addah asserted that in the number 12 exposé by Anas Aremeyaw Anas, some names of deputy chiefs of staff and officials working in the Jubilee House were mentioned who were said to be involved in activities that were unlawful, but nothing was done about it.

“If you recollect, some time back, the Anas’ number 12 cited people in the jubilee house for being complicit where he mentioned that the President is in his pocket. And then there were also allegations against some deputy chiefs of staff who are now ministers”, she said.

Mrs. Addah further called for a thorough investigation at the presidency in order to curb the menace of corruption.

“So for me, I think that to fight corruption and also to show the way, particularly for the Vice President, he should be interested in initiating some very thorough investigation at the presidency,” she said.

DISCLAIMER: The Views, Comments, Opinions, Contributions and Statements made by Readers and Contributors on this platform do not necessarily represent the views or policy of Multimedia Group Limited.
Tags:
Corruption
Ghana Integrity Initiative (GII)
Mary Addah