Thin spreading of oil project: Some receive as little as ¢5000 – PIAC 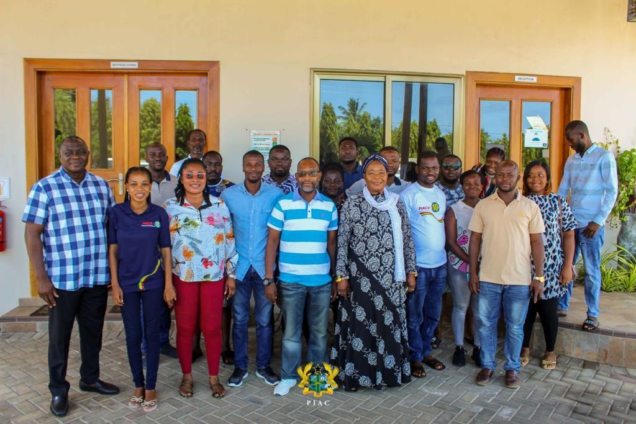 The Public Interest and Accountability Committee (PIAC) continues to raise concerns over the thin spread of projects using old revenue.

According to PIAC, in 2020, about 4000 projects were being funded under the annual budget funding; some of the projects received as little as ¢5000 is a situation the committee said is worrying.

Speaking to the media at a workshop organised by PIAC on the 2021 annual report in the Volta Region, a member of the Committee, Ahmed Suleman Anderson, said when projects receive this little, there is no impact of the Annual Budget Funding Amount on projects in the lives of the beneficiary communities.

He said what PIAC believes is that if the Ministry of Finance allocates ABFA money for projects, it should be from start to finish so that legacy projects can be seen as projects they have used the oil money for.

“There is this situation; for example, in 2020, 4000 projects were being funded by the annual budget funding, and some of the projects can receive as small as ¢5000; this way, there is no impact of ABFA projects in the lives of the beneficiaries.

“So we believe that if the ministry allocates funds to a project from start to finish, at the end of the day, it will result in what we call a legacy project and that legacy project at all point in time you can point your hand and say that yes this a project that was funded by the oil revenue,“ he said.

He said sometimes the projects are for a short duration, but delay in the release of funds results in the extension of these projects and because there are no variations allowing contractors to seek additional funding they end up abandoning the projects.

Alhaji Ahmed said there are several such stalled and abandoned projects across the country.

“Sometimes projects are for short durations, and it expected, for example, a project will be completed in six months, but a delay of funds will result in this project period extending to a year and beyond.

He said hardly have they seen action taken against contractors who have abandoned these projects and questioned on what moral grounds the government would have to pursue such contractors when they have not released the funds.

Alhaji Ahmed added that most of these contracts are signed in Accra, making supervision difficult for most assemblies.

As part of their recommendations, he said they are asking that the sub national structure be involved in the project execution so the assemblies can have a role to play in the supervision of the project.

“You find a project being executed in some municipal assembly who have no knowledge on how the contract was awarded and did not know the contractor who is executing the work,“ he added.

He said there have been situations project engineers on a project themselves do not know where these projects are sited.

“There are some situations you can call the project engineers, the supervising engineer, and they do not know where the projects are sited.

“They are aware they are the engineers, but if you ask them where the project is sited, they do not know because they have not been on site, they are in Accra supervising and have no knowledge on what’s going on, on the field,” Alhaji Ahmed said.

DISCLAIMER: The Views, Comments, Opinions, Contributions and Statements made by Readers and Contributors on this platform do not necessarily represent the views or policy of Multimedia Group Limited.
Tags:
Oil
Public Interest Accountability Committee (PIAC)