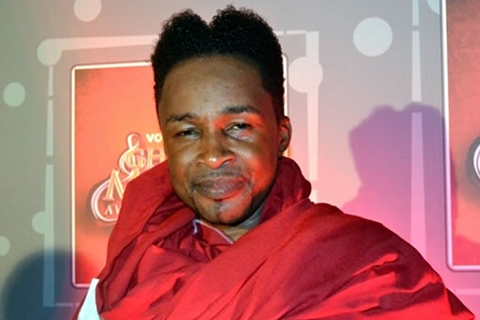 He is back saying the road to victory, this year, is smooth for him since he sees no competitor in that category.

According to him, he has worked better than any other gospel musician and deserves to be awarded Gospel artiste of the year.

“The impact my latest album Mahashala Hashbaz did in 2013 was so great. No other gospel musician was able to dominate the gospel scene or had better impact than me” OmaneAcheampong told Showbiz last Thursday.

He said that anyone who had the opportunity to attend any of his shows during last year would testify the influence he had on his audience anytime he mounted the stage.

“Normally you are not likely to get too many gospel musicians cutting across both the secular and the gospel world but I believe I achieved that with Mahashala Hashba^ in 2013” Nicholas said.

Asked why he always praised himself for being the best, Nicholas said hard work pays and as a musician who is vibrant and releasing hit song after hit song, he would not let things bypass him and will continue to talk just as other musicians do when it is so clear the award is for them.

According to him, never would he complain if he knew he did not deserve any award but when Ghanaians are giving him.

the support for his good work, he will always fight for his right.

“There are times when it is clear a particular musician deserves an award but at the end of the day, a different person picks it up. I cannot talk for others but I know what I am capable of and the influence I have on the society with my songs” , he said.