As many as 3,000 people have been evacuated after residents of a newly completed tower block in Australia reported hearing "cracking noises".

Police confirmed they had found a crack in the 33-storey Opal Tower, in Sydney Olympic Park, following reports of the noise on the 10th floor.

Engineers said the high-rise tower has moved up to 2mm, local media reported.

A 1km (0.6 mile) evacuation zone, which also affected other buildings, was put in place amid safety fears.

An email to residents of a nearby apartment block said the evacuation had been ordered because "there is a potential for the tower to collapse", according to the Sydney Morning Herald.

Specialists were due to enter the 10th floor to inspect the crack and assess whether the building was safe, Greg White, a spokesman for New South Wales Fire And Rescue, told reporters. 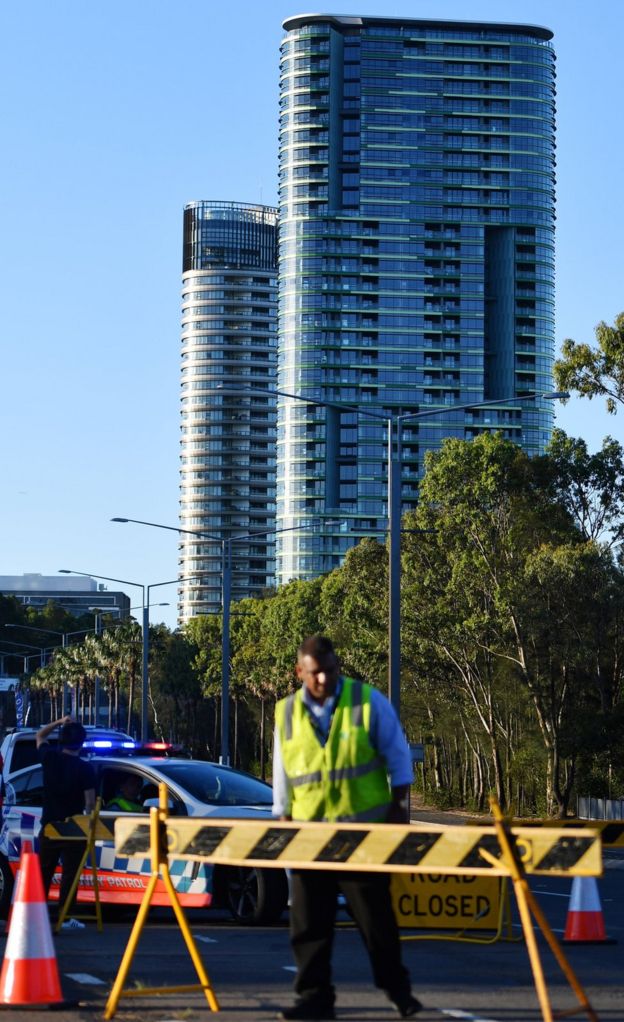 "They attended, identified there was a crack in the building and they called for Fire And Rescue assistance," he said.

"We've attended and police and Fire And Rescue evacuated up to 3,000 people from the building and the surrounding areas."

The Opal Tower, which was completed earlier this year, was described by developer Ecove when the design was first unveiled as "a curvaceous, triangular-shaped building with green walls of living plants embedded into the façade, and elevated communal courtyards every five levels".

An Ecove spokesman said it was aware of the "concerns" and had "notified" the builder, the Morning Herald said.