To have loved and lost 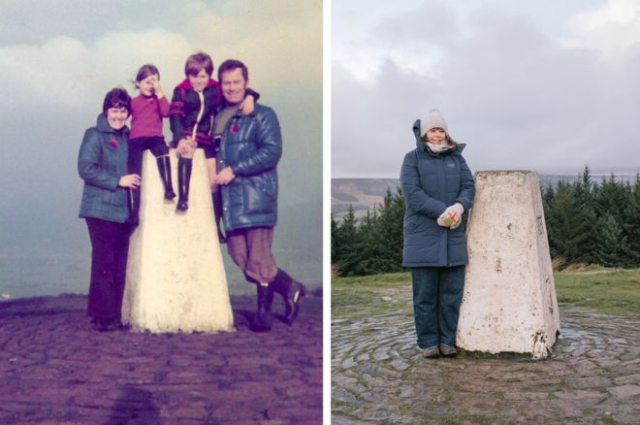 Bray asked each participant to find a photograph of themselves with their lost loved one before returning to the location to replicate the image. 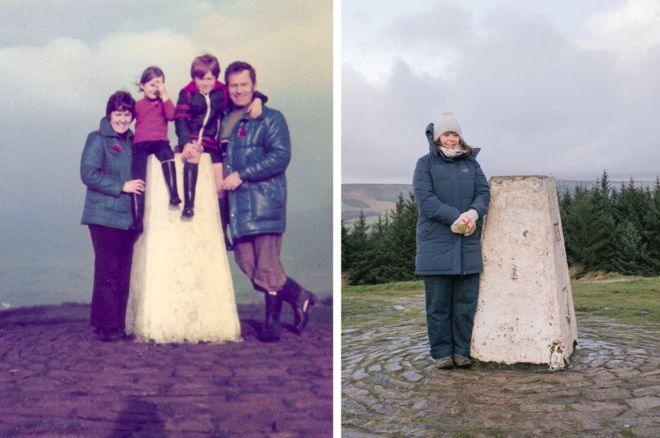 I'm holding a photograph of me with my family on the top of Beacon Fell, in Lancashire, which was close to where we lived at that time, about 1978.

It's one of the only photographs I have of all four of us together, as usually one of my parents would be taking the picture. 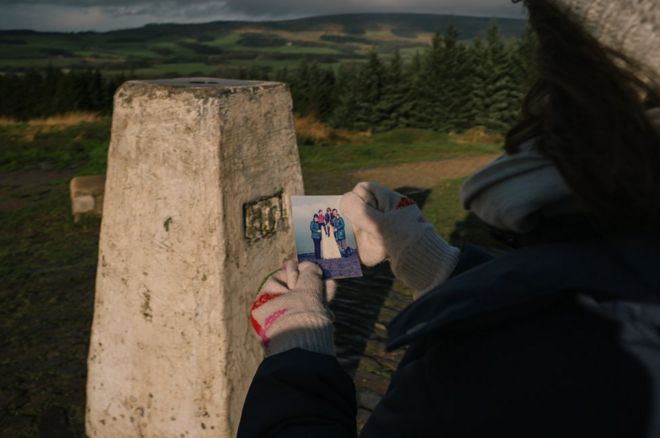 My daughter didn't know what had happened to my brother – and I had to tell her that Uncle Geoff had died – and she said: "Oh Mummy, you're the only one left who lived in your house when you were little," which was just such an amazing way of putting it – she cut right to the truth immediately, like only a child could.

Life is never the same again.

In this photograph, I am a daughter and a sister – and I'm no longer those things. 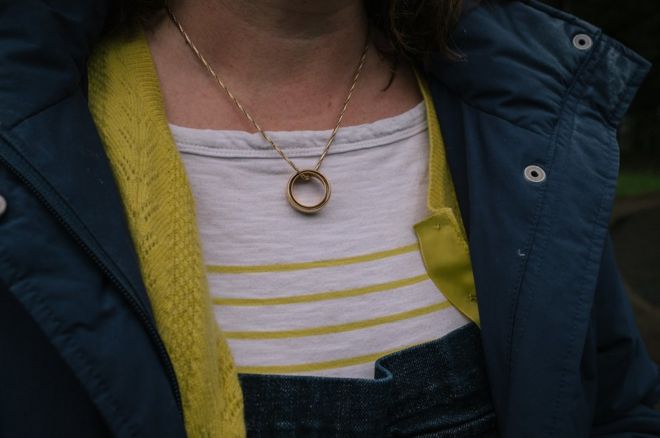 When someone dies, it can be so shocking and you feel like it ought to be very very noisy, like people banging drums and playing trombones and shouting, and actually it's very quiet because that person's gone so you don't hear their voice anymore. 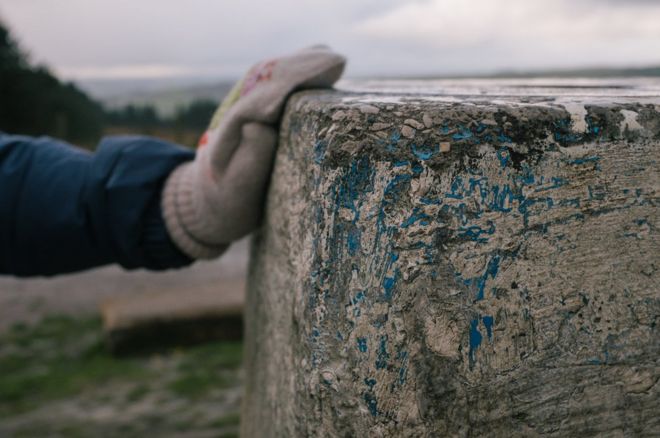 After the funeral, you are left in a very quiet place – sometimes that can feel wrong because the feelings aren't very quiet.

I do think that having experienced such pain and loss has helped me to have a much deeper appreciation of beauty.

It feels like once you've been to a place of such pain, you have a deeper understanding of the world around you – and I just, well, I look on life differently.

The original photo (left) was taken at Hillsborough, home ground of Sheffield Wednesday Football Club. It was at a Bristol Rovers game in League One, the season that we beat Sheffield United to promotion to the Championship.

From the age of 12, Hillsborough was the thing I did with my dad. For the next 20 odd years, come what may, most Saturdays, I would go back and me and Dad would go to the match together and sit in the same seats, with our season tickets. Those two seats, 97 and 98, Row R, South Stand, they're our seats.

Hillsborough is one of these old grounds in amongst the terraced houses. So, you'd just find a parking space wherever you can and walk down the hill, over the bridge and into our seats. 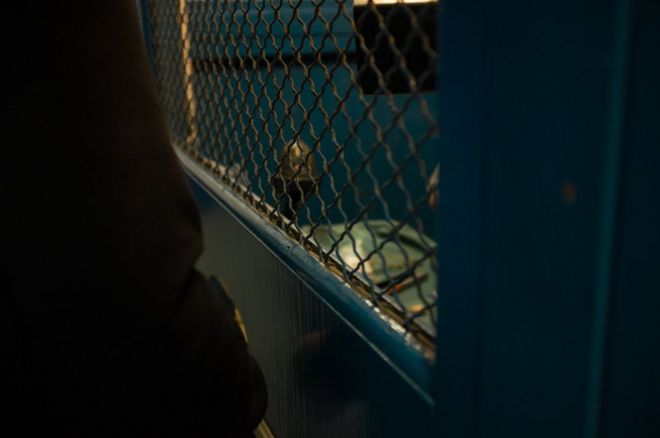 Then, we'd chat to the people we'd sat around for the past 15 years or so. Dad had all sorts of routines – he wouldn't have a shower on match day, he always wore his Sheffield Wednesday boxer shorts, he'd always have his hat in his bag so if we weren't doing well it was: "Right, it's time for the hat," so he'd put his hat on.

He'd been diagnosed at the end of October and he'd deteriorated that season – but he was there on the last game.

He was very ill though. Sheffield Wednesday had stayed up and he just kind of sat down. He kind of had a little look around and just began to cry and I think he thought at that point that could well be his last game. 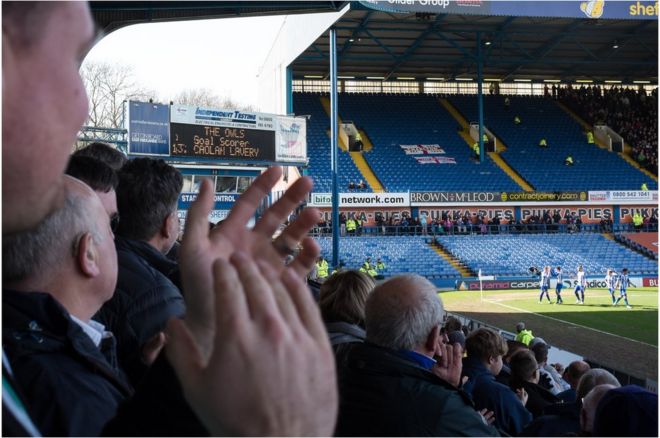 I don't think the weight of the situation had escaped anybody. He was really upset – and as our friends saw that, they all started crying and then it was just a bit of a car crash from then on. It was just a very poignant moment.

On returning to the ground for the photograph, we were playing Charlton. We scored first and that was the moment that, for the past 20 odd years, we'd jump up and hug and just go crazy and shout and just be a bit ridiculous quite honestly.

But as I jumped up that day, it was great to see the football and stuff, but it was a bit flat. Although, it was nice to think: "Yeah, we've scored. Go on, Dad. There you go."

It was a good intentional way of reflecting, which is really healthy. It's important to take time to think about him – but when do you do that? 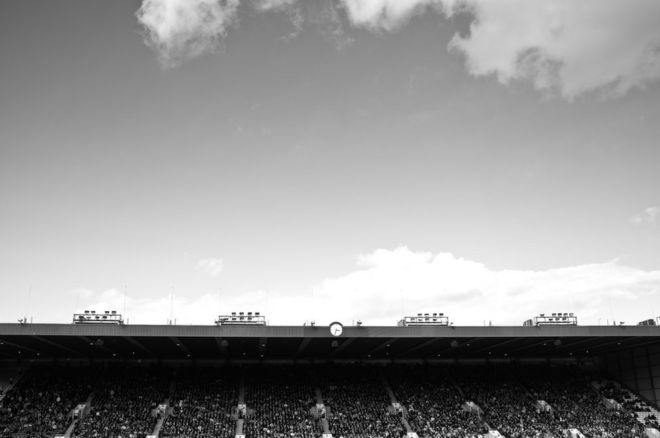 They were one of the things that I first fell in love with, because I like geeky glasses and on his profile picture on the Guardian Soulmates, where we first met, he has these on and I thought, "I like this guy, he looks like Jarvis Cocker."

Taken in May 2012, the original photo is of us on the seawall in Penzance[, Cornwall]. Having met online and communicated for around six months I moved from my home in Germany. 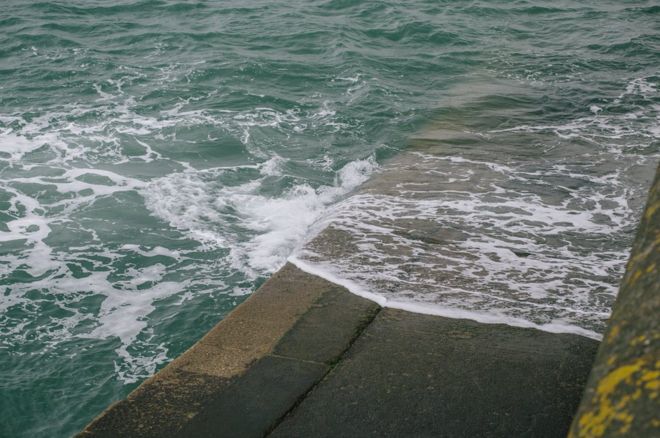 It was just a normal evening. He had been at work and I wasn't working at the time so I was always hanging around for 17:00, waiting for him to get home.

It was still really exciting to know that we were together and just that I had moved over here. We just went for a walk like we did most evenings.

He was very funny and I think it was the sense of humour that brought us very close quite quickly because that really connects you I think.

After Paul passed away, I returned to Penzance to restage the photograph in the same location and to talk about Paul and the time that we had together. 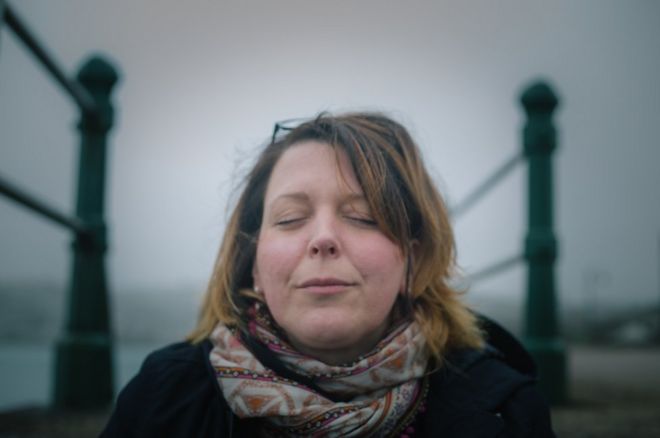 When you [the photographer] asked me about taking that picture with my eyes closed, it was as if the inside of my eyelids was a film, there were all these images – Penzance together with Paul, spending Mazey Day together, walking along Sennen beach, taking a trip to Falmouth together – Cornwall is just so connected to the relationship.

I just wonder what's it like for other people as you're going through the process of processing it all?

There's a distinct before and after. There's this cut-off point and you think: "Is this where the world should stop?" But it doesn't.

This is where everything changed in your world – but the world just keeps on spinning and spinning. That's one thing that loss does – you really don't care about others. 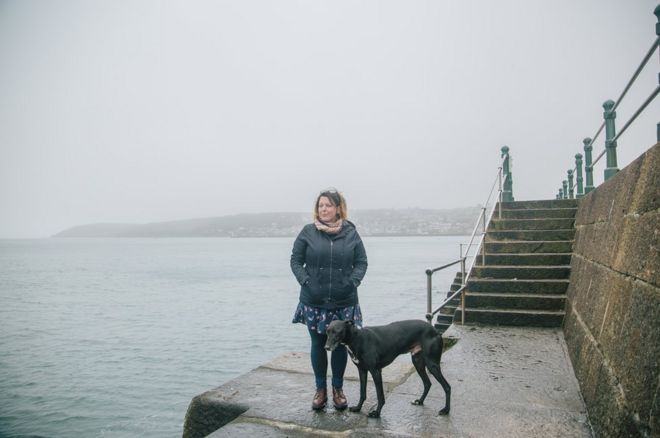 It's a very selfish process – selfish in the self-centred process – you listen a lot more to what you need.

You can get through a whole week and be fine – I'm all right most days – and then one evening, it just hits you.

It's difficult to know where to go with it.