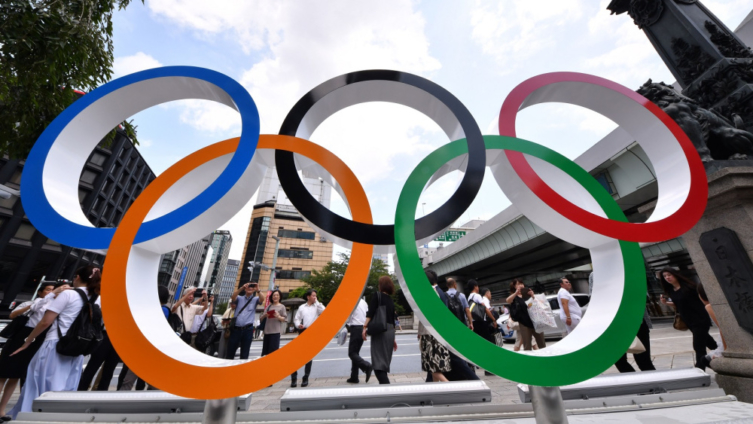 Mandatory Credit: Photo by Aflo/Shutterstock (10346040b) The Olympic Rings adorn an event square which opens at Tokyo's Nihonbashi to mark just one year to the start of the 2020 Tokyo Olympics and Paralympics. Tokyo Olympic Games One Year to Go, Japan - 24 Jul 2019

Minister of Youth and Sports, Mustapha Ussif has announced an enhanced package for member of Team Ghana at the 2020 Olympic Games on going in Tokyo, Japan.

According to the Minister any member of the team, who wins a Gold medal would pocket $5,000, with Silver medalists taking $4,000, whilst the third-placed or Bronze winner takes home $3,000.

Speaking in a zoom meeting with the athletes and officials, he disclosed that any athlete who qualifies from the preliminaries to the next stage would receive $1,000.

The Minister urged Samuel Takyi who has entered the medal zone and fights American, Duke Ragan at the semi-finals to go for the ultimate.

He also urged the 4×100 team and captain Joe Paul Amoah to try their best to earn a medal in the 200 meters and relay.

According to him, President Nana Akufo-Addo also has a special package for those who would excel and win the ultimate.

Mr. Ben Nunoo Mensah, President of the Ghana Olympic Committee (GOC) who initiated the meeting expressed appreciation to the Minister for the package.