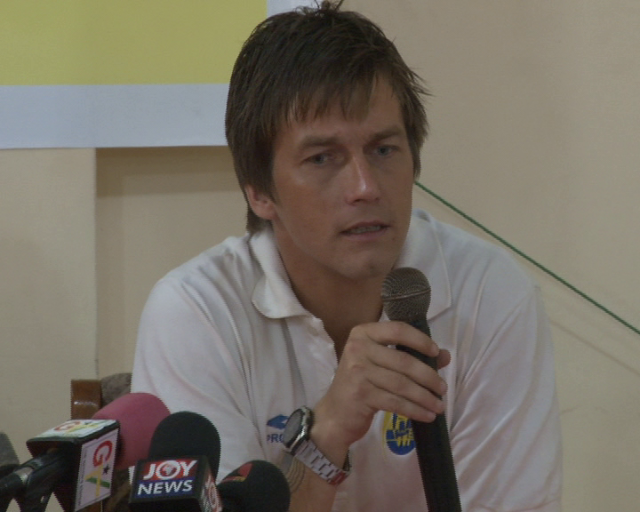 Medeama coach Tom Strand has rubbished reports he has resigned from the club after only six games.

The Swedish coach has been rumored to have held talks with Asante Kotoko to become their next coach should they part ways with David Duncan.

The trainer, who was missing from the bench in Medeama’s 1-0 loss to Berekum Chelsea cited ill health as the cause for his absence.

"I am not leaving Medeama. I have not said anywhere that I have resigned," he said

"I had malaria but now I'm getting better. I have no plans of leaving the club.”

“We have travelled a lot and I got sick after our victory Al-Itihad.”

On the reported move to Kotoko, Strand was emphatic his response stating that he was staying put at the Tarkwa side.

“Kumasi is too far from here. If I have to go there, I have to take a plane. I have heard a lot of rumors but people should take it easy and not talk too much.”

"I have a contract and I plan to respect that till the end. Please people should disregard the resignation reports."

Medeama play Bechem United this weekend it will be interesting to see whether Strand will return to the bench or not.