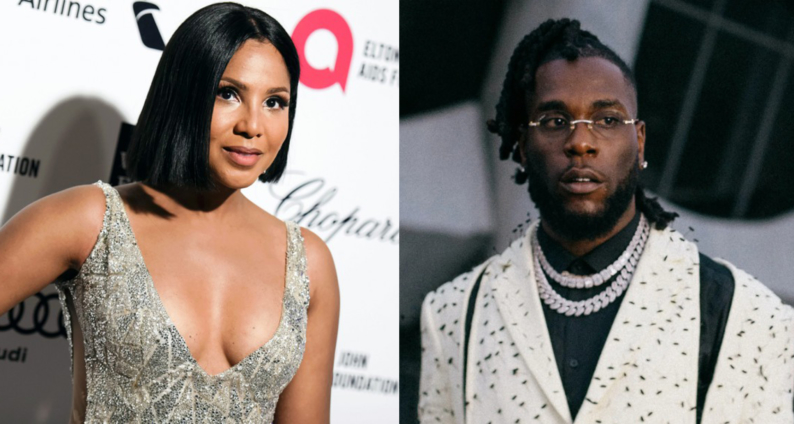 According to him, this is because he sampled her 22-year-old single ‘He Wasn’t Man Enough’ on his song.

Speaking on a podcast, he explained that he had always wanted to use that sample and hence took the opportunity when it presented itself.

Although it seems a chunk of the income made from streaming goes to Toni Braxton, Burna Boy said he does not mind.

He added that he gets the income when he performs.

“I’m not complaining,” he said.

Burna Boy released ‘Last Last’ in May 2022. The song was a global success with fans jamming to it worldwide.

He first debuted “Last Last” at his sold-out concert in New York’s Madison Square Garden in April. He became the first Nigerian artist to headline a concert at the arena.

In a recent interview, Burna Boy shared that he self directed the music video. The video was shot at his home in Lagos and other hand-picked locations.

In the song, Burna Boy reflects on his past relationships before ultimately concluding everything will be okay.