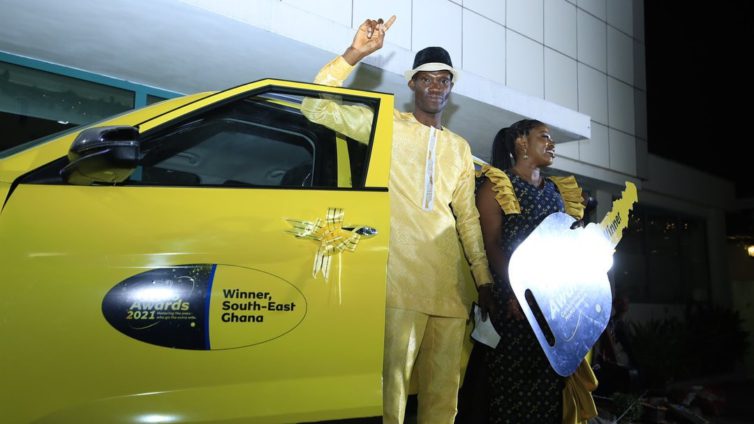 Christmas came early for Isaac Bediako for emerging the best MTN MoMo agent for the South-Eastern part of Ghana.

The annual awards event by the giant telecommunications giant MTN Ghana is to reward its mobile money agents and merchants across the country.

An elated Isaac Bediako attributed his success to hard work and dedication to the MTN Ghana agenda.

He expressed his profound gratitude to the management of MTN Ghana for recognising his hustle.

Isaac Bediako said he has been motivated to put in more effort in his work and charged other agents and merchants to emulate same.

“I would like to congratulate all the award winners and urge those who did not win this year to keep working harder since there is still an opportunity to be recognized next year, all other things being equal,” he said.

Mr. Hini appealed to the MoMo agents and merchants to continue helping to fight Mobile Money fraud in the country by putting in the necessary efforts to complement steps already taken by MTN Ghana.

“We appreciate your role in helping us fight fraud and we urge you to keep up the good work to project a positive image for Mobile Money Limited and for that matter our mother brand MTN Ghana” he added.