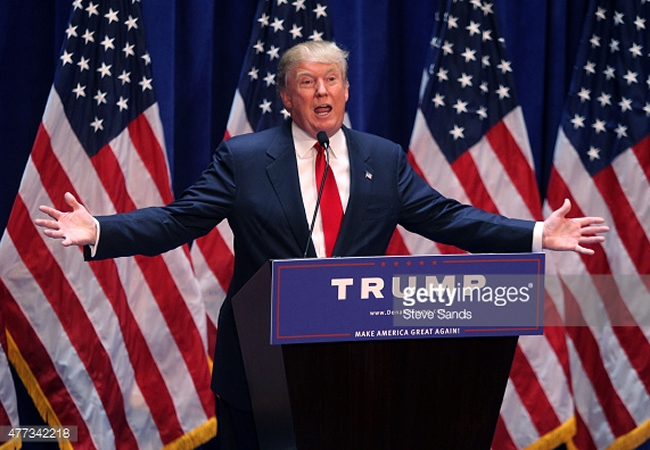 The most senior elected US Republican official has said he will not defend Donald Trump, after remarks he made about groping women led to outrage.

House of Representatives Speaker Paul Ryan vowed to focus on defending seats in Congress, but did not end his endorsement of the party's nominee.

On Sunday, Mr Trump described his words as "locker-room talk".

In a bitter televised debate, a month before the US presidential election, Mr Trump denied he had groped anyone.

Mrs Clinton tweeted on Monday that, if he stood by this assertion, he was "clearly not sorry".

Meanwhile Mr Trump's running mate Mike Pence said he would stand by him despite an outcry over the remarks.

A 2005 video released on Friday revealed Mr Trump describing how he had sought to have sex with a married woman and making obscene comments about women.

Asked about the video in the debate, Mr Trump turned his fire on Mrs Clinton's husband, ex-President Bill Clinton, whom he described as "abusive to women". She refused to address the comments.

At least 38 senior Republicans – including senators, members of Congress, and state governors – have withdrawn their support since the video surfaced on Friday.

According to sources familiar with a conference call he held with congress members on Monday, Mr Ryan appeared to have accepted that Mrs Clinton would win the White House and wanted to make sure Republicans in Congress were strong enough to challenge her.

Mr Ryan said he would spend "his entire energy making sure that Hillary Clinton does not get a blank cheque with a Democrat-controlled Congress", the source said.

"You all need to do what's best for you in your district," he was quoted as telling colleagues.

Mr Trump apologised for the remarks, and when pressed during the debate on whether he had engaged in sexual misconduct, he denied doing so.

But Mrs Clinton said his explanation that these were words not actions did not amount to an apology.

"If Trump stands by what he said about women as "locker room talk," he's clearly not sorry," she tweeted.

Earlier Mr Pence had described the remarks as indefensible.

The vice-presidential candidate said he was "honoured to stand with" Mr Trump and denied he had considered withdrawing from the race.

What were the main points of the debate?

When moderator Anderson Cooper asked about the video, Mr Trump denied ever sexually assaulting women, dismissing the remarks as "just words". Instead he focused on Bill Clinton's indiscretions.

Mrs Clinton said the explosive video "represents exactly who he is".

"With prior Republican nominees, I disagreed with them," she added, "but I never questioned their fitness to serve."

Mr Trump said if he won, he would appoint a special prosecutor to investigate Mrs Clinton and she would be in prison over her private email arrangements.

"Everything he just said is absolutely false but I'm not surprised," she responded. "It's just awfully good that someone with the temperament of Donald Trump is not in charge of the law in our country."

"Because you'd be in jail," he interrupted.

Mr Trump also said his Democratic rival "has tremendous hate in her heart" while criticising her for referring to his supporters as "deplorables".

Mrs Clinton said she apologised for the comment, adding: "My argument is not with his supporters, it's with him, about the hateful and divisive campaign he has run."

The two also sparred on the conflict in Syria, Russian aggression, Trump's refusal to release his tax returns and his plan for the "extreme vetting" of immigrants arriving from countries with links to terrorism.

The evening concluded when an audience member asked the candidates to say one positive thing about each other.

Mrs Clinton said his children were a great reflection of him while Mr Trump called his opponent "a fighter" who never gives up.

An hour before the debate began, Mr Trump appeared at a news conference with women who accused Bill Clinton of sexual misconduct.

He joined three women who allege the former president sexually assaulted them and called the women "very courageous".