Total Recall: Where is the $2bn Sinohydro money? 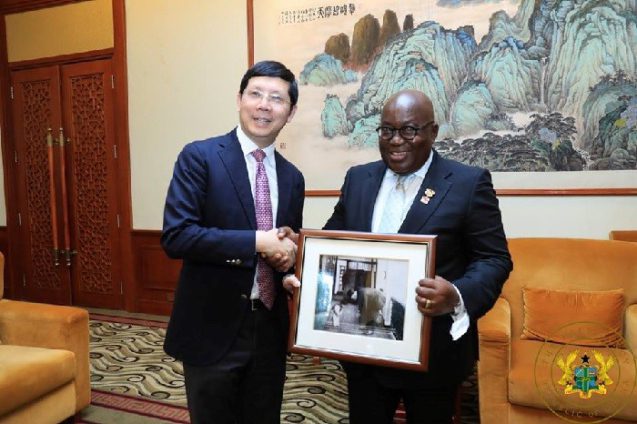 In 2018 the Adenta-Dodowa road was one of ten lots approved under the Chinese sponsored Sinohydro deal. It was scheduled to begin in 2019. Two years on, the road remains undone, in a complete state of disrepair and with traffic congestion worse than anything you have ever experienced anywhere, all day, every day.

The $2 billion Sinohydro deal was touted as the unprecedented arrangement to fix Ghana’s infrastructural needs and modernise our roads.

Well, fair to say the sinohydro dream has not materialised in its full glory as Dr Bawumia had envisioned. This was his big dream. He had travelled to China to seal the deal in 2017. A barter arrangement that will see the Chinese spend 2 billion dollars to fix Ghana’s infrastructure in return, Ghana will pay back with proceeds from refined bauxite.

Casiel Ato Forson, the ranking member on the Finance Committee in Parliament, told Joy News, “Honestly, I think is dead…as we speak under $25 million have been drawn down so that for me after so many years I can conclude that the sinohydro agreement is dead”.

On November 21, 2018, Information Minister Kojo Oppong Nkrumah announced that the first tranche of $649 million from the $2 billion facility has been made available for Ghana to access. However, three years on, only about $100 million of this amount have been released to Ghana. Dr Mutaka Alolo is the Director of Special Projects and Investor Relations at the Office of the Vice President.

To put this in context. The Synohydro deal is a $2 billion facility. Out of which $649 million was made available in the first tranche for Ghana to access. So to have access to only $100 million in three years raises red flags. As it turns out, the Chinese will only actually release the funds to Ghana when we show evidence of actual work done in executing the projects.

Dr Alolo again said, “The bank will not just give you the money…they want to see evidence that the work has been done before they pay.”

Clearly, Ghana has not done enough work to warrant the Chinese release of more Sinohydro funds. Out of the ten projects approved by parliament, none is yet to be complete. Six have started and are at various stages of completion. Four others, including the Adenta Dodowa Dual Carriageway, which was scheduled to start in 2019, have not started at all since Parliament by a Resolution dated July 28, 2018, approved the Master Project Support Agreement. If you live on the Adenta Dodowa road Dr Alolo says expect the project to start hopefully next year.

“You know as you are aware last year was very slow Covid slowed everything. China closed down for nearly a year. Government does not want to be burdened with the repayment of this. We need to develop the aluminium industry first. Covid-19 had an impact and also the slowness in china. So we had to adjust. So those four lots Adenta-Dodowa so that hopefully we will get it going towards next year,” he said.

Unlike, the Adenta-Dodowa road, the Tamale interchange also financed under the SInohydro arrangement is well and truly on its way to completion but even here, there has been delays.