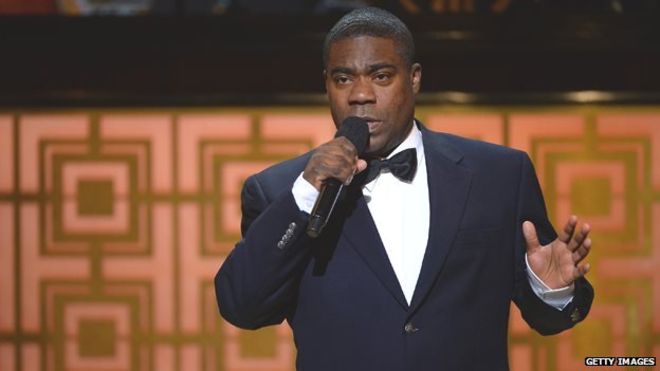 Comedian Tracy Morgan says he has no recollection of the accident that left him with life-threatening injuries a year ago.

In his first interview since the collision, Morgan said he still suffered "headaches and nosebleeds" as a result of the collision.

And he choked back tears as he recalled the day he learned his friend, James "Jimmy Mack" McNair, had been killed.

A Wal-Mart truck crashed into the back of Morgan's limo in June 2014.

He was left in a coma for two weeks, with a traumatic head injury, a broken leg, nose and ribs.

Prosecutors allege the driver had not slept for more than 24 hours. Morgan settled a legal case against Wal-Mart last week for an undisclosed sum.

The supermarket chain previously reached an agreement with the family of Mr McNair, 62, who grew up with Morgan in New York.

"I'm happy that Wal-Mart stepped up to the plate in a tremendous way, and they took full responsibility," the 30 Rock star told Matt Lauer on NBC's Today Show. "I'm happy they looked out for Jimmy Mack's family." 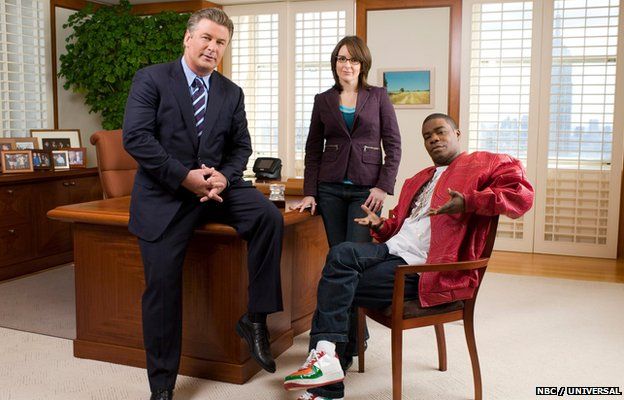 Morgan is best known for playing an exaggerated, buffoonish version of himself in 30 Rock

Clutching a cane, Morgan said he had been "up and down" since the crash, but his daughter, son and fiancee, Megan Wollover, "keep my spirits up".

He explained he did not learn of McNair's death until he emerged from the coma. He later found footage of his fellow comedian's funeral online and "lost it for about a week."

"He was a loving man and he was a warm man," Mr Morgan said through tears. "He was a good man. It's just hard for me to see that he's gone. That's it.

"Bones heal but the loss of my friend will never heal."

Asked if he hoped to return to the stage, he replied: "I love comedy. I'll never stop loving her. And I can't wait to get back to her, but right now, my goal is just to heal and get better.