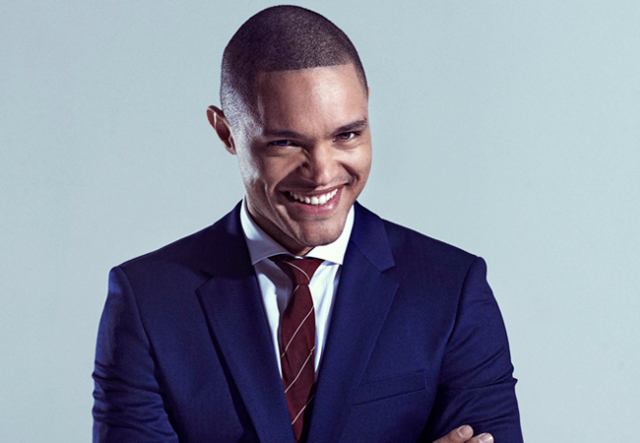 The host of Comedy Central’s 'The Daily Show' will head back home to Johannesburg for the annual celebration of African music.

Trevor Noah will return to South Africa to host the sixth edition of the MTV Africa Music Awards (MAMA), which this year will take place in Johannesburg.

The host of Comedy Central’s The Daily Show will preside over the live two-hour telecast at the Ticketpro Dome on October 22, Viacom's Viacom International Media Networks unit said Wednesday.

The company brought back the awards show in 2014 after a three-year hiatus and tapped Marlon Wayans and Anthony Anderson as hosts in the past two years.

The event took place in Durban in the past couple of years. "I'm a huge fan of African music and achievement, and it's going to be a massive pleasure celebrating them both at the MTV Africa Music Awards 2016 in my own home town of Johannesburg," said Noah.

Alex Okosi, senior vp & managing director, Viacom International Media Networks Africa, added: "Trevor Noah is an outstanding entertainer and testament to the amazing talent that Africa has to offer the world. To have him host the MAMA, our annual celebration of Africa music, creativity and achievement, is a powerful and inspiring message. We are delighted that our first-ever show in Johannesburg will be presented by one of the city’s most loved and admired personalities.”

This year's MAMA edition will feature performances from such African stars as Alikiba, Babes Woduma, Cassper Nyovest, Nasty C, Ycee and Yemi Alade, among others.

The MTV Africa Music Awards 2016 will air live on MTV Base and MTV in Africa. The show will also be shown worldwide on partner stations and content platforms starting in October, while MTV channels around the world will air a one-hour MAMA-themed edition of MTV World Stage.