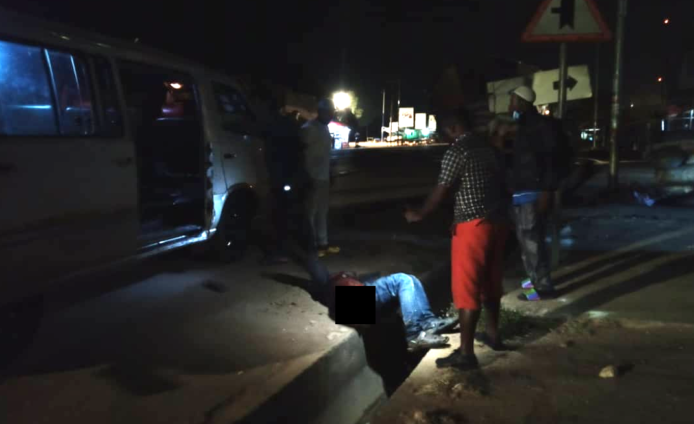 Two people have been shot by armed robbers after a vehicle they were travelling in from Techiman to Kumasi was ambushed.

The incident which happened at Ahinkro near Offinso in the Ashanti region saw one person shot in the stomach while the other in the leg.

The victims were rushed to the hospital by some police personnel who arrived at the scene.

According to a report by JoyNews’ Nurudeen Mohammed, that was the second attack on vehicles by armed robbers within two hours along the Kumasi-Techiman road.

The earlier attack he reported occurred at Tanoso near Techiman. However, many drivers got the clue and made a U-turn to a nearby town.

Speaking to Nurudeen, the driver of the vehicle said he saw about five robbers during the attack. According to him, while one stood in the middle of the road to stop vehicles, two others stood at each side of the road.

He stated that he had tried to run past them but the robbers starting shooting at his vehicle.

Out of the 14 people in the car, two sustained injuries.

He tells JoyNews, the passenger shot in the stomach is currently at the emergency ward of the Offinso Hospital.