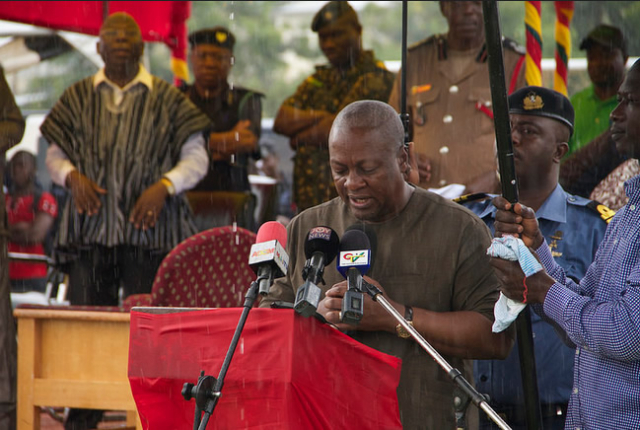 Committee of Experts working on the conversion of University for Development Studies (UDS) campuses into autonomous universities have completed their work and submitted for execution, President John Dramani has announced.

He said government would by next year declare all the three campuses autonomous as soon as decisions are finalised.

President Mahama announced this when he inaugurated a Upper West Regional Library Complex at Wa as part of his two- day 'Accounting to the people' tour of the region.

The UDS have three campuses at Wa in the Upper West Region, Nyankpala in the Northern Region and Navrongo in the Upper East Region.

Its enrolment figures had risen over the years thereby necessitating the call for the autonomous status to implement many other programmes that would enhance education in the three regions.

The conversion of the campuses would also fulfil the promise of government to provide each region with a public university.

President Mahama said apart from the library, others in Sunyani and Ho in the Brong-Ahafo and Volta regions would be inaugurated in the course of the year.

He said government would also continue to pursue the policy of converting polytechnics into technical universities, to create more avenues for students to undertake courses in vocational and technical skills.

Mr Kweku Ofosu-Oteng, Executive Director of the Ghana Library Authority, appealed to President Mahama to grant the body the permission to employ more hands as the libraries are now left with skeletal staff.

He explained that apart from increasing library projects, many workers have gone on retirement without replacement thereby creating staffing challenges for the Authority.