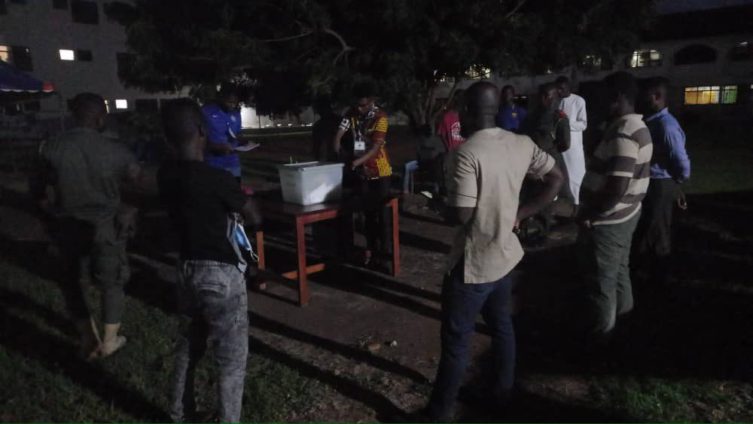 A six-member committee has been set up by the University of Ghana Dean of Students to investigate alleged irregularities in last week’s Student Representative Council (SRC) elections.

The committee was formed after one Bernard Nana Boahen, a representative of Samuel Amos Ofosu, an unsuccessful presidential candidate in Friday’s re-run election, petitioned the Dean, calling for the results from the online polls to be annulled.

In the petition, sighted by JoyNews, Bernard Boahen contended that the online election was fraught with irregularities and misconduct.

He also said that the declaration of the results was in ‘breach of agreement’.

“With these irregularities, misconduct, and breach of agreement exhibited, it would be of the utmost interest of the student populace to have the online results of the just ended run-off elections annulled and have a re-election conducted.”

Victory for Prince Asumadu in the presidential re-run election was sealed after he defeated his contender, Samuel Amos Ofosu by 137 votes from the electorates online.

Ultimately, the SRC Electoral Commission of the University of Ghana declared Prince Asumadu and Wisdom Ndukwe as President and Veep elect in the elections.