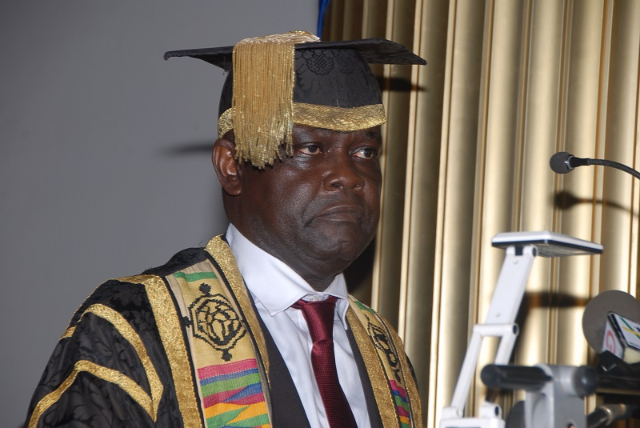 Vice Chancellor of the University of Ghana, Prof. Ebenezer Oduro Owusu, has announced plans to boost security on campus following an attack on a final year student on Saturday.

The near-fatal attack by suspected robbers on Daniel Osei grabbed news headlines on Monday and provoked a safety campaign on Twitter — #MakeUGASafePlaceAgain.

Speaking to the media after visiting the scene of the attack on the Level 400 Psychology student, Prof. Oduro Owusu said a strong collaboration between the police and the university will improve security on campus.

Photos that were circulating on social media following the attack on Daniel Osei revealed deeps cut to his head, hand and legs.

Daniel was reportedly attacked along the road leading from Pentagon to the Evandy hostel which is situated on the university campus.

Saturday night’s near-fatal attack is one of many such incidents witnessed on the campus recently.

The Students Representative Council (SRC) has revealed in a statement issued on Saturday that the university’s authorities have led a delegation to visit the brutalised student who had been receiving treatment at the 37 Military Hospital in Accra.

“As a matter of urgency, all street lights on campus are being worked on. Also, University Management is working hand in hand with National Security to increase patrol on campus starting tonight 5th May 2019,” the SRC statement said.