UK asylum seekers made to wear wristbands for food

A private company that provides meals for asylum seekers in Cardiff has said it will drop demands for them to wear wristbands as a condition for receiving food, according to local MP Jo Stevens.

The brightly coloured bands had been given to asylum seekers staying at Lynx House so they could claim meals.

But some called it dehumanising and said they had become targets for abuse.

It comes after asylum seekers in Middlesbrough said they were abused after their doors were painted red.

A company housing the asylum seekers later said it would repaint the doors after concerns people were being singled out as immigrants.

On Sunday, Labour MP for Cardiff Central Ms Stevens said she had been in touch with the operations director for Clearsprings Group – the company contracted by the Home Office to run accommodation services in Cardiff.

She tweeted that she had been given an undertaking that the practice would stop on Monday.

Earlier, 36-year-old refugee Eric Ngalle told BBC Wales he had spent nearly two months at Lynx House and had challenged the need to wear the wrist bands. However, he had been unable to change the policy.

He said he was told it was a Home Office directive, but added that none of the asylum seekers believed this explanation.

He said he felt having to wear the wristbands was "labelling" and "stressful".

Elsewhere, Chloe Marong, who works at the Trinity Centre in Cardiff which provides support for asylum seekers, said that many people were unhappy about the wristbands.

She told BBC Wales she thought the treatment was dehumanising and left people vulnerable to abuse.

The leader of the Welsh Conservatives, Andrew RT Davies, said the practice should end immediately: "I find it very hard to understand how a system like this could ever be deemed appropriate and frankly I'm shocked and appalled." 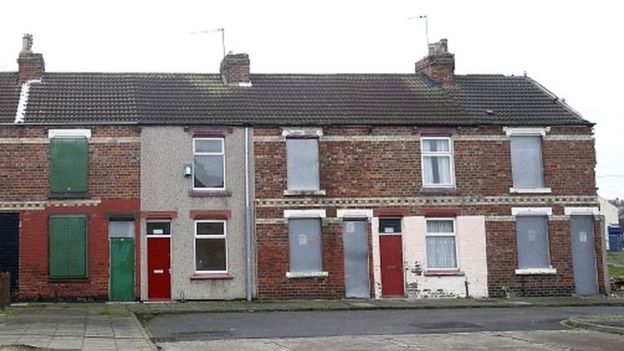 Clearsprings Ready Homes told The Guardian its policy had come in the face of an increase in asylum seekers.

A spokesman said: "Volumes of people in initial accommodation sites, including Cardiff (have) increased quickly. Clearsprings has taken steps, agreed with the Home Office, to increase capacity in line with this demand in the form of additional self-catering accommodation.

"Those clients in the self-catering units receive a weekly allowance in the form of supermarket vouchers and those in full-board accommodation are issued with a coloured wristband that bears no other logo or text identifying its use or origin.

"Full-board clients are required to show their wristbands in order to receive meals in the restaurant."