Polling stations have opened for people to cast their vote in the UK general election.

Polls opened at 07:00 BST at more than 40,000 polling stations across the country, with counting starting once voting ends at 22:00 BST.

A total of 650 Westminster MPs will be elected, with about 46.9 million people registered to vote.

That is up from the last general election, in 2015, when there were 46.4 million registered voters.

Some votes have already been cast, through postal voting, which accounted for 16.4% of the total electorate at the 2015 general election.

Most polling stations are in schools, community centres and parish halls, but pubs, a launderette and a school bus have been used in the past.

A handful of seats are expected to be declared by midnight, with the final results expected on Friday afternoon.

Unusually, no local elections are taking place at the same time, so results might come through earlier than in recent general elections.

To form a majority in the House of Commons one party must win 326 seats – in 2015 a Conservative majority was not confirmed until 13:34 BST.

The weather forecast is for some rain in south-west England, Northern Ireland, Scotland and Wales on Thursday, with south-east England remaining cloudy and dry.

Polls close at 22:00 BST, but officials say anyone in a polling station queue at this time should be able to cast their vote. 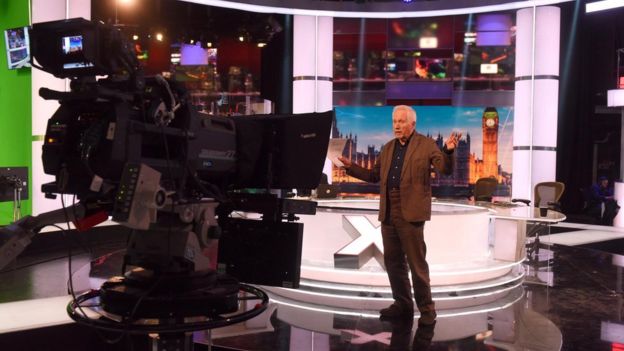 The BBC's main election programme, fronted by David Dimbleby, starts at 21:55 BST, with live coverage from scores of counts.

Wales, Scotland and Northern Ireland will have their own overnight programmes but will join Huw Edwards from 07:00 BST on 9 June.

On the radio, an overnight broadcast by BBC Radio 4 will be hosted by Jim Naughtie and Carolyn Quinn.

On BBC Radio 5 live, the overnight show will be hosted by Stephen Nolan and Emma Barnett.

Full coverage of the results as they come in will be on the BBC politics online live page and front page scorecard, with all the big breaking stories from around the country and analysis by correspondents.