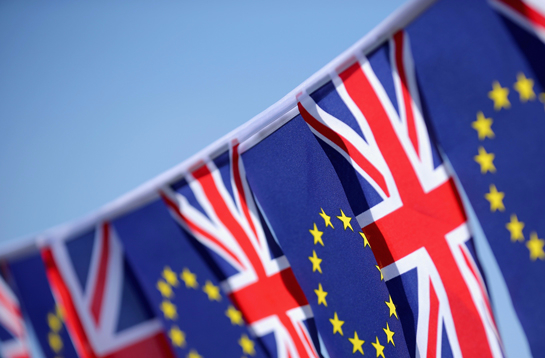 MPs will be asked to vote again on Brexit on Friday but only on part of the deal negotiated with the EU, MPs have been told.

They will vote on the withdrawal agreement – covering the "divorce bill", citizens' rights and the controversial Irish "backstop".

But the political declaration covering the UK's future relationship with the EU will not be put to the vote.

If MPs back it, the government says the UK will leave the EU on 22 May.

Commons Speaker John Bercow said it was a "new" motion and complied with his ruling that he would not allow a third "meaningful vote" on "substantially the same" motion as MPs had already rejected by historic margins twice.

Commons Leader Andrea Leadsom told MPs that the European Council would only agree to extend Article 50 – delaying Brexit – until 22 May if MPs approved the withdrawal agreement by 2300 GMT on Friday.

"It's crucial therefore that we make every effort to give effect to the Council's decision and tomorrow's motion gives Parliament the opportunity to secure that extension," she said.

"I think we can all agree that we don't want to be in the situation of asking for another extension and facing the potential requirement of participating in European Parliament elections."

But she faced anger from MPs. Labour's Mary Creagh described it as an "extraordinary and unprecedented reverse ferret of the commitments that have been made..that we should have our say on both items together".

Conservative Brexiteer Mark Francois said it was "absolutely plain" that the government's move amounted to a "decision in principle" about whether the House approves the withdrawal agreement.