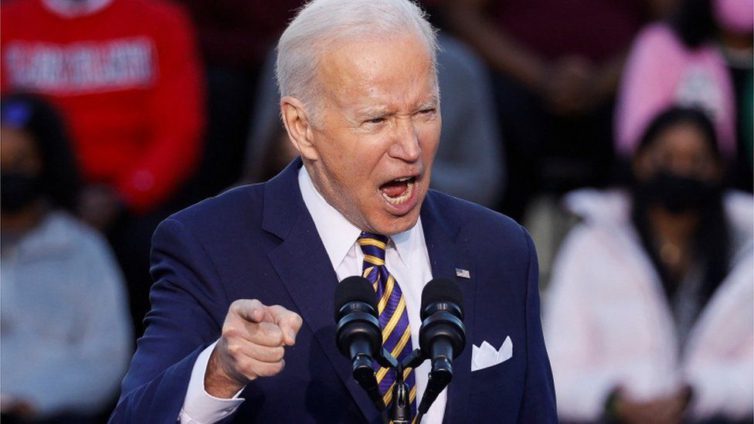 US President Joe Biden has warned Russia not to use chemical or tactical nuclear weapons in the war in Ukraine.

Speaking during an interview with CBS News, Mr Biden said such action would “change the face of war unlike anything since World War Two”.

He would not say what response the US would make to the use of such weapons.

He told defence chiefs it was because of “aggressive statements” by the West.

Nuclear weapons have existed for almost 80 years and many countries see them as a deterrent that continues to guarantee their national security.

Russia is estimated to have around 5,977 nuclear warheads, according to the Federation of American Scientists.

It, however, remains unlikely that it intends to use such weapons.

In an interview with CBS’ 60 Minutes correspondent Scott Pelley in the White House, President Biden was asked what he would say to President Putin if he was considering using weapons of mass destruction in Ukraine.

Mr Biden was then asked what the consequences would be for Mr Putin if such a line was crossed.

“You think I would tell you if I knew exactly what it would be? Of course, I’m not gonna tell you. It’ll be consequential,” Mr Biden responded.

“They’ll become more of a pariah in the world than they ever have been. And depending on the extent of what they do will determine what response would occur.”

The war in Ukraine has not gone as well as the Kremlin had hoped.

In recent days, Ukraine says it has recaptured more than 8,000 sq km (3,088 sq miles) of territory in the north-eastern Kharkiv region.

Despite the apparent setback, President Putin has insisted that Ukraine’s successful counter-offensive will not stop Russia’s plans of continuing its operations in the east of the country.

DISCLAIMER: The Views, Comments, Opinions, Contributions and Statements made by Readers and Contributors on this platform do not necessarily represent the views or policy of Multimedia Group Limited.
Tags:
Joe Biden
Nuclear Weapons
Russia President
Ukraine War
US President
Vladimir Putin