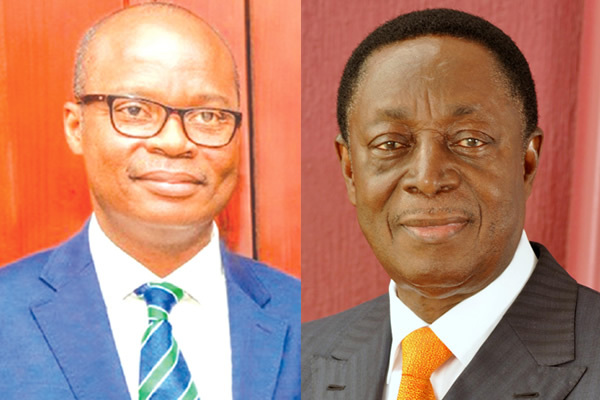 An Accra High Court has put on hold its proceedings in a case filed by Dr. Kwabena Duffour, shareholder of defunct uniBank Ghana Limited.

Dr. Duffuro is seeking to set aside the government’s takeover of the bank he founded.

This follows a request by lawyers of the Bank of Ghana asking for the halt as they have made an application to the Chief Justice for the case to be moved to another division of the High Court.

Dr. Duffour has challenged the Bank of Ghana's revocation of uniBank's licence he obtained in 1997 asking for an order that the Bank of Ghana gives him back his bank, according to the Statement of Claim filed in August 2018.

Frank Davies who leads the BoG's legal team, told the court it was their firm belief that the nature of the case required that it be heard by the Commercial Division of the High Court and not the General Jurisdiction.

He said they had formally written to the Chief Justice on the matter. He added the matter before the court was not an urgent one and should, therefore, be halted.

Lead Counsel for Dr. Duffour, Tsatsu Tsikata urged the court to ignore Mr. Davies' request. He maintained no formal application had been filed or granted by any court barring the judge from hearing the case.

He also rejected the assertion by Mr. Davies that the case is not urgent.

He argued they believe the Consolidated Bank which was created to take over uniBank’s assets had been granted a license illegally and each day of its existence perpetuates an illegality which the courts must remedy immediately.

Justice Daniel Mensah after hearing Counsel said, the case will be put on hold till the Chief Justice settles the matter. He adjourned the case to October 17, 2018.

uniBank along with four other banks were rolled into the Consolidated Bank of Ghana in August 2018 after they were found to be struggling.

They were Sovereign Bank, Royal Bank, The Beige Bank and Construction Bank.

For uniBank, the Bank of Ghana Governor, Ernest Addison, explained that the indigenous bank's Capital Adequacy Ratio (CAR) fell below 50% of the required minimum of 10% (i.e. below 5%).

The Receiver of uniBank Ghana Ltd, KPMG has since brought a suit against the founder of uniBank, Dr Kwabena Duffuor and its shareholders asking for them to pay back 5bn cedis they took from the bank before its infamous collapse.