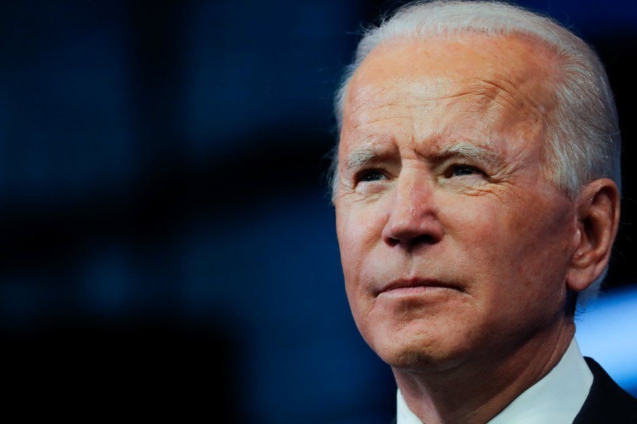 Relations with the Senate, currently controlled by the Republicans, will be crucial to Mr Biden’s presidency.

On Tuesday, he travels to Georgia to campaign for the Democrats in next month’s Senate run-off elections. Two seats will be decided on 5 January and could decide whether or not his party takes control of the chamber. Democrats already control the House of Representatives.

Also congratulating Mr Biden’s running-mate, Kamala Harris, he added: “All Americans can take pride that our nation has a female vice president-elect for the very first time.”

It took more than a month, but Mitch McConnell is now acknowledging the obvious – that Joe Biden will be the next US president.

Upon Donald Trump’s departure from the White House, the Senate majority leader will become the senior-most Republican officeholder in the US, so his congratulations to the Democratic president-elect are meaningful.

They will give cover to other members of Congress who may have been holding their tongues lest they draw Donald Trump’s ire. It may allow the presidential transition process to unroll in a more traditional manner – at least where relations between Congress and the incoming administration are concerned.

With Mr McConnell now accepting Joe Biden’s victory, President Trump’s final play – challenging his election loss in Congress on 6 January – also becomes more pointless. Not only will it be blocked by the Democrat-controlled House of Representatives, it seems unlikely to find any traction in the Senate.

Now the waiting for the Trump response begins. Will he shrug off Mr McConnell’s words or add him to the growing list of enemies within his own party that must be confronted and condemned?

The president’s next words and actions could reveal the depth of the political turmoil facing the party in the days ahead.

President Trump does not appear to be changing his stance.

Tweeting on Tuesday, he said without offering evidence that “tremendous evidence” of voter fraud was “pouring in”.

DISCLAIMER: The Views, Comments, Opinions, Contributions and Statements made by Readers and Contributors on this platform do not necessarily represent the views or policy of Multimedia Group Limited.
Tags:
Biden
Trump
US election 2020