The campaign manager for presumptive Republican presidential candidate Donald Trump is to leave his job.

A campaign spokeswoman said Corey Lewandowski would no longer be working on it and said the team was grateful to him "for his hard work and dedication".

The exact reason for Mr Lewandowski's departure is not yet clear but sources close to Mr Trump have told US media he was fired.

He oversaw the New Yorker's unlikely triumph in the primary contests.

Mr Lewandowski told CNN: "I stand by the fact that Mr Trump is a great candidate and is better than Hillary Clinton will ever be."

He told the AP news agency that top Trump strategist Paul Manafort had been in operational control of the campaign since 7 April and would not divulge more about his dismissal.

But his departure comes as the businessman faces strong resistance from senior members of his own party over his strident tone, hardline immigration policy and falling poll numbers.

Among his critics is Speaker of the House and top-ranked Republican Paul Ryan, who appeared to leave the door open to a possible revolt at next month's convention.

When asked on Sunday about reports that party delegates may rebel against voting for Mr Trump at the convention, he said: "They write the rules, they make the decisions."

Mr Trump was criticised for his reaction to the Orlando nightclub shooting in which 49 people were killed.

Following the attack, he repeated his pledge that the US should ban Muslims from entering the country. 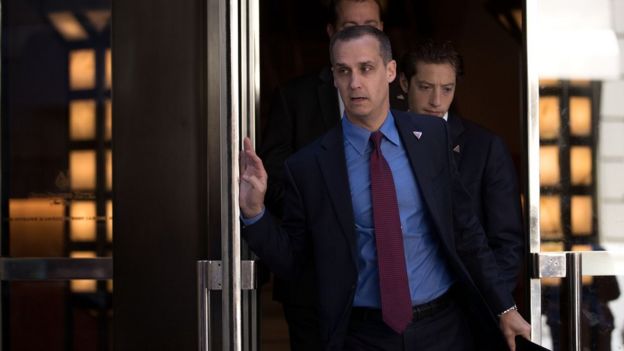 Republicans also started to distance themselves from him following his personal attacks against a Hispanic federal judge overseeing two lawsuits against him.

Mr Trump is likely to face Democrat Hillary Clinton in November's election, and there were reports over the weekend that her campaign is way ahead in spending in the key swing states. 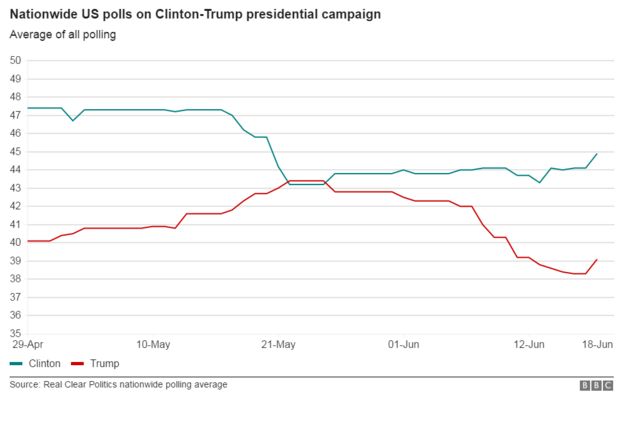 Mr Lewandowski has had a contentious relationship with the press. Earlier this year, he was charged with battery after allegedly yanking a female reporter out of Mr Trump's way after a campaign event.

Mr Trump defended him throughout that incident, which concluded when the charges were dropped.

Mr Lewandowski did not get along with Trump chief strategist Paul Manafort either, with sources telling the New York Times that he would try to block Mr Manafort from hiring more campaign staff.

Mr Trump is suffering in political polls lately, with most voters viewing him as "strongly unfavourable".

One Trump campaign staff member told NBC News that the campaign was not briefed on Mr Lewandowski's firing and that right now there is "bedlam in the Trump campaign. No one knows what is happening".