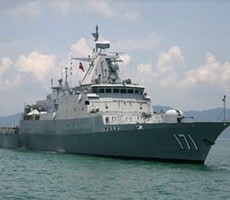 A US Navy ship has sailed close to artificial islands built by China in the disputed waters of the South China Sea, US defence officials have said.

The freedom of navigation operation represents a serious challenge to China's territorial claims.

The foreign ministry in Beijing condemned it as "illegal".

In a statement, ministry spokesman Lu Kang described the operation as a "threat to China's sovereignty", adding that Beijing would "resolutely respond to any country's deliberately provocative actions". 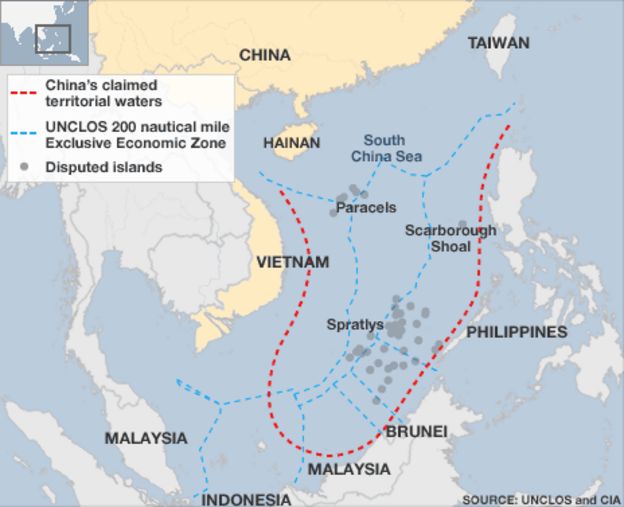 China claims most of the South and East China seas. Other countries in South East Asia have competing claims for the Spratly Islands, Paracel Islands and Scarborough Shoal, which are thought to have resource-rich waters around them.

The reefs, which were submerged, were turned into islands by China by a massive dredging project which began in late 2013.

China says this work is legal and in a meeting with US President Barack Obama last month in Washington, President Xi Jinping said China had "no intention to militarise" the islands.

But Washington believes Beijing is constructing military facilities, designed to reinforce its disputed claim to most of the region – a major shipping zone. 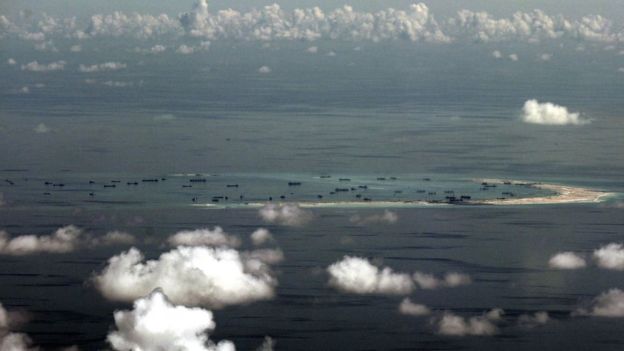 The US Freedom of Navigation programme challenges what it deems to be "excessive claims" to the world's oceans and airspace.

It was developed to promote international adherence to the UN Convention on the Law of the Sea, even though the US has not formally ratified the treaty.

In 2013 and 2014, the US conducted Freedom of Navigation operations of different kinds against China, Malaysia, the Philippines, Taiwan, and Vietnam – each of whom occupies territory in the South China Sea.

Why is the South China Sea Contentious?

US Defence Secretary Ash Carter had previously signalled plans for the sail-by, saying the US would "fly, sail and operate wherever international law allows".

A senior US defence official told Reuters news agency the warship began its mission early on Tuesday local time near the reefs and would spend several hours there.

Additional patrols could follow in the coming weeks, the official added.