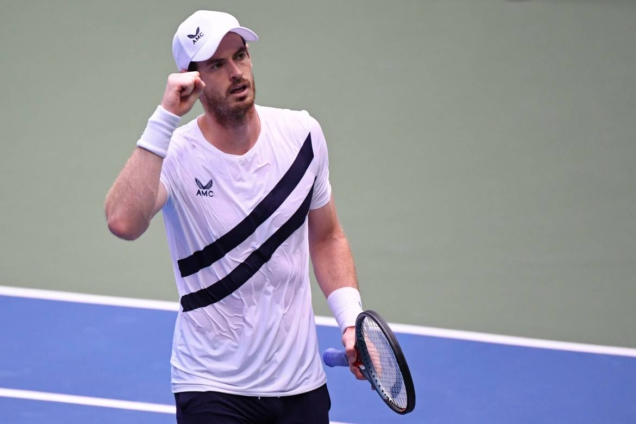 The first round of the US Open concluded on day two with Andy Murray coming from behind to win his first Grand Slam match in 18 months. Serena Williams also recorded her 102nd win in the US Open, the most in tournament history, male or female.

Munar abandoned before the start of the third set, with Austria’s Thiem leading 7-6, 6-3.

Thiem now faces India’s Sumit Nagal, who became the first Indian man since 2013 to reach the second round of a Grand Slam event with a 6-1, 6-3, 3-6, 6-1 win over Bradley Klahn of the United States.

Andy Murray rolled back the years with a vintage comeback after he came from two sets down to win a five-set thriller in his first singles Slam match in 18 months.

In the women’s division, six-time winner Serena Williams powered past 96th-ranked Kristie Ahn 7-5, 6-3 as she started the latest bid of her protracted pursuit to match Margaret Court’s Grand Slam title count with a straight-sets win at Flushing Meadows.

Unlike her sister, Venus Williams was beaten by No. 20-seeded Karolina Muchova 6-3, 7-5.

There was little consolation to Venus that by appearing in the tournament for the 22nd time, she broke the women’s record in the Open era. She had been tied with Martina Navratilova.