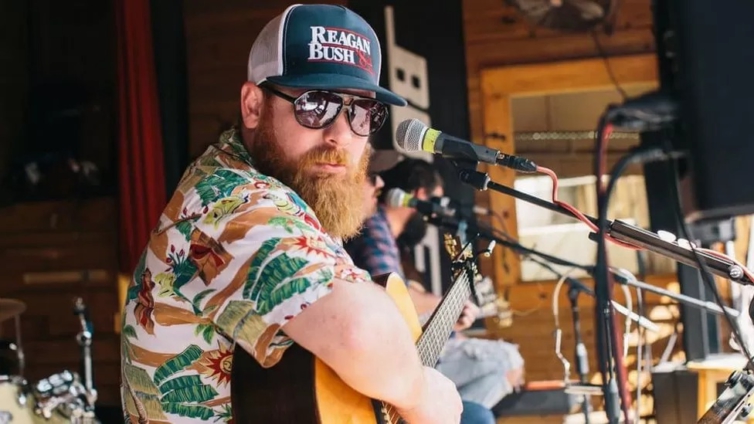 Uncertainty continues to swirl over US country musician Jake Flint’s death, just hours after his wedding on Sunday.

Tributes have begun pouring in for the singer, who was considered a rising star in “Red Dirt”, a subgenre of country music coming from Oklahoma.

Flint’s new wife, Brenda Wilson Flint, has posted a video of the two dancing underneath a tree on their wedding day.

“We should be going through wedding photos but instead I have to pick out clothes to bury my husband in,” she wrote in a Facebook post.

The couple got married at a ceremony in Tulsa the previous day.

“With a broken heart and in deep grief I must announce that Jake Flint has tragically passed away,” former manager Brenda Cline wrote. “I’ve tried several times today to make a post, but you can’t comment on what you can’t process.”

Long-time publicist Clif Doyal confirmed the death to the Oklahoman newspaper, saying that Flint died in his sleep.

“I don’t think I’ve ever experienced such a shocking set of circumstances with losing someone and how cruel this is for Brenda, his wife,” Cline told the Oklahoman. “To become a bride and a widow in just a few hours is unfathomable.”

Red Dirt, a subgenre of country music, is named after the distinctive colour of the soil in the state of Oklahoma, where Flint was born in the town of Holdenville before moving to Tulsa.

According to his website, Flint became interested in music after his father was diagnosed with Amyotrophic lateral sclerosis, a neurodegenerative disease that affects nerve cells in the brain and spinal cord. Unable to physically play with his son, the elder Flint ensured that Jake learned to play the guitar. Over time, he began attending regional music festivals and penning his own lyrics.

Flint released four albums between 2016 and 2021. He was also a regular at musical venues across his native Oklahoma and in neighbouring Texas.

Musicians from across the region have been paying tribute to the late singer-songwriter since his death was announced.

“Jacob Flint was a friend,” the Red Dirt Relief Fund, a non-profit for musicians in the genre, wrote on Facebook. “He answered the phone every time and said yes with a smile and a laugh. His heart was big and his impact on the music community was even bigger. They say life isn’t fair, but we’re grateful your last day was spent with love, joy, music and friends.”

The cause of death has not been announced.

DISCLAIMER: The Views, Comments, Opinions, Contributions and Statements made by Readers and Contributors on this platform do not necessarily represent the views or policy of Multimedia Group Limited.
Tags:
Dead
Jake Flint